The official Twitter account for the TV anime “Majo no Tabitabi”(Wandering Witch – The Journey of Elaina) based on the light novel series written by Jougi Shiraishi revealed that Reina Ueda will perform the opening theme song “Literature”. The song will release as Ueda’s second single on October 21.

The anime will premiere in October. Once upon a time, there was a witch named Elaina, who set off on a journey across the world. Along the way, she would meet all kinds of people, from a country full of witches to a giant in love with his own muscles—but with each meeting, Elaina would become a small part of their story, and her own world would get a little bit bigger. The novel series ranked at #9 on the 2018 Kono Light Novel ga Sugoi! list, and at #6 on the 2019 list. SB Creative published the first novel in April 2016 and the 13th volume on July 14.

Fri Jul 24 , 2020
The Shingeki no Kyojin FINAL Exhibition was touring Japan with stops in Roppongi and Osaka. The Osaka stop closed out 2019 but this time the exhibition is in Kobe. The Kobe exhibition opened on the ninth floor of the Daimaru Kobe department store in Hyogo on July 22 and will run […] 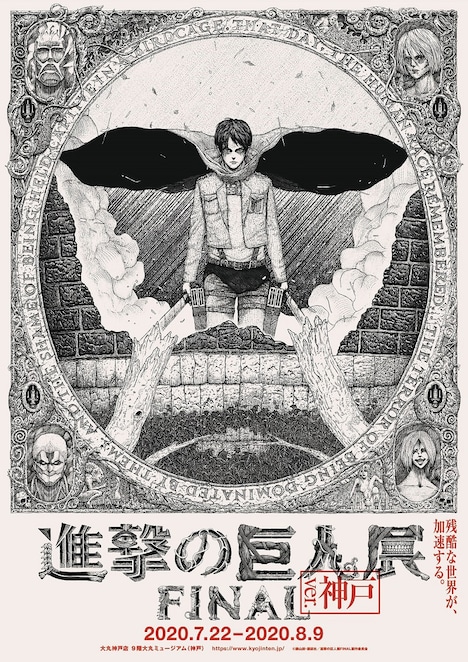