LiSA‘s new single “Homura” (the theme song for the Kimetsu no Yaiba: Mugen Ressha-Hen film) ranked #1 for the second week in a row on Oricon‘s weekly singles chart. It sold about 42,000 copies from October 19 to October 25. She is the first solo female artist to rank #1 for two straight weeks since Uemura Kana accomplished this feat with “Toilet no Kami-sama” in January 2011, nine years and 10 months ago.

The “Homura” single and LiSA‘s new album LEO-NiNE both charted at #1 on Oricon’s weekly single chart and weekly album charts for the October 12-18 week. This made her the first artist to top both charts in the same week since Kis-My-Ft2‘s release of the “Ki.Su.U.Ma.I (Kiss Your Mind)” single and Good Ikuze! album in April 2013, seven years and seven months ago. LiSA is also the 10th female artist to achieve the feat, and the first female artist in 16 years and six months since Hikaru Utada charted with her “Dareka no Negai o Kanau Koro” single and Utada Hikaru SINGLE COLLECTION VOL.1 album in May 2004.

LiSA‘s “Homura” single sold 68,000 copies in its first week, while the LEO-NiNE album sold 66,000 copies first week. Both shipped on Wednesday, October 14. The single is LiSA‘s first chart topper, while the album is her second.

Thu Oct 29 , 2020
The teen girl magazine Seventeen featured Kimetsu no Yaiba on the cover of its November issue. The magazine gives fashion tips based on the aesthetics of the popular shonen manga, and even a diet based on “Full Concentration Breathing.” 福岡本社の女子スタッフがセブンティーンを買ってたので中身を見せてもらったけど、想像の遥か斜め上をいく内容で驚愕した。 こ、こんなことになってたのか。 つかこれを高校生が読むの？#鬼滅の刃 pic.twitter.com/m0lv4MxAxp — 松山洋＠チェイサーゲーム (@PIROSHI_CC2) October 22, 2020 The […] 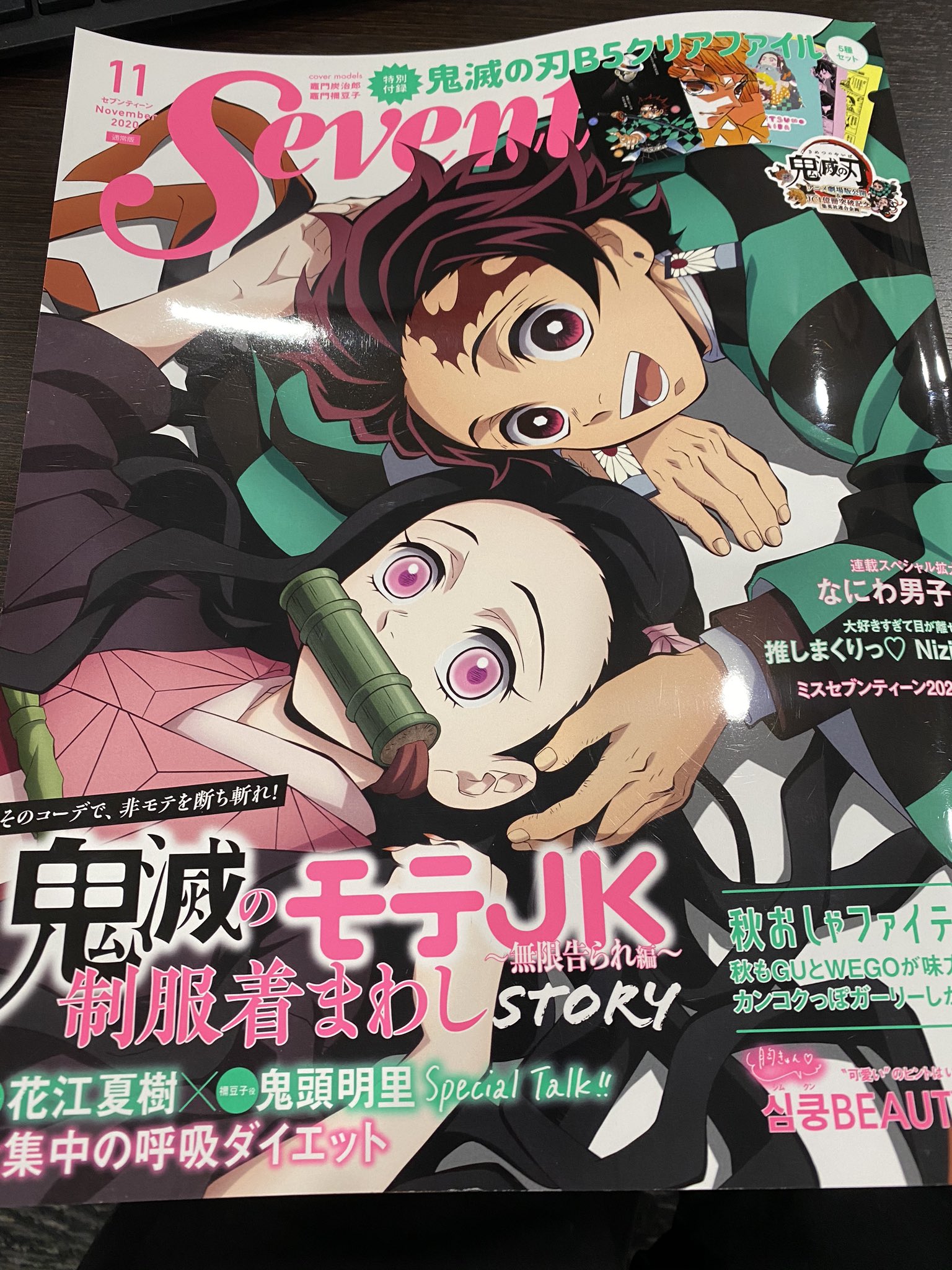