On Wednesday, Aug 19, Deca-Dence original anime series director Tachikawa Yuzuru participated in an Ask Me Anything (AMA) on the Funimation subreddit, where he took questions from fans regarding the development of the anime.

One question which was asked concerned the origins of the premise of Deca-Dence, to which Tachikawa responded as follows:

Regarding the origin, a lot of our meetings kept mentioning the movie Wreck it Ralph. We loved the visual of many characters coming together from different IP’s to fight against something greater. You could call that the origin or basis of inspiration for this project.

Wreck-It Ralph is a 2012 animated film produced by Walt Disney Animation Studios, and it tells the story of an arcade game character named Ralph who interacts with characters from different game titles. He meets a character named Vanellope, and through their time together she learns to embrace her nature as a glitch in the system.

Deca-Dence quickly gained viewer attention after it was revealed that the world in the promotional materials and introductory episode existed alongside a cyborg city full of small robots. Both worlds have wildly different designs and aesthetics. One viewer asked Tachikawa if he was initially nervous about the cyborg city’s reveal.

“The design of the Cyborgs are extremely cute and for audiences used to seeing traditional anime expressions, I was…. concerned they may not accept these designs. As far as the plot, I knew we had to reveal within episode two, so I was confident. It was mainly the designs where I was concerned,” Tachikawa wrote. He also opened the discussion to hear what international audiences thought of the reveal. “Did you have any negative reactions? Were your thoughts of it positive or negative? I’m really interested to know!”

Tachikawa also offered some tidbits on the anime’s different character designs, such as Kaburagi’s pet Pipe’s design being based on a Beluga whale. Kaburagi himself originally looked like Doc from Back To The Future in early drafts but evolved into his handsome self after several rounds of feedback. The cyborg world itself was designed with a Western aesthetic in mind.

“Yes, it’s a little hard to describe but the setting I wanted to create was that of a global mega corporation taking over the industry in the world. In doing so, I imagined a more Western-born corporation as opposed to a Japanese or more Eastern company,” Tachikawa wrote.

The AMA was organized through Funimation, which is streaming the anime in the United States.

Fri Aug 21 , 2020
The official website for the Ghibli Museum, the museum dedicated to the anime of Studio Ghibli, will allow the general purchase of tickets to the museum beginning on August 25, with a planned September general reopening. The museum gradually began to reopen in mid-July, with the aim of reopening in September. […] 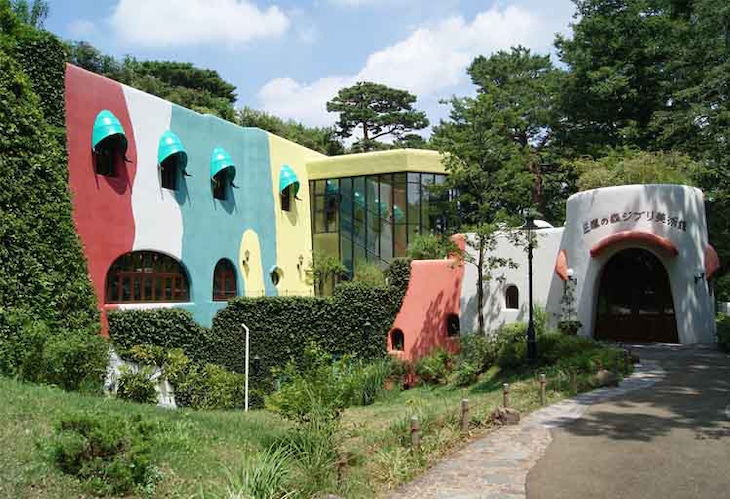