Singer-songwriter Sakaguchi Ami (Smile Down the Runway theme song) will perform the new ending theme song for the Boruto: Naruto Next Generations anime starting in October. The new theme song is titled “Central.” 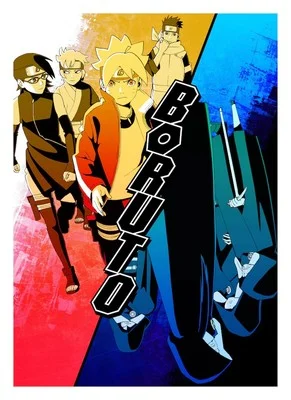 The Boruto: Naruto Next Generations television anime premiered in Japan on TV Tokyo in April 2017, and originally aired on Wednesdays at 5:55 p.m. The series moved to a new timeslot on Thursdays at 7:25 p.m. in May 2018, and then moved again to a new timeslot on Sundays at 5:30 p.m. in October 2018.

Viz Media is simulcasting the series on Hulu as it airs in Japan, and Crunchyroll is also streaming the anime. The anime began airing on Adult Swim‘s Toonami block in September 2018. Viz Media is releasing the anime on home video.

The anime is based on Ukyō Kodachi and Mikie Ikemoto‘s Boruto sequel manga, which launched in Weekly Shonen Jump in May 2016. The manga moved to Shueisha‘s V Jump magazine in July 2019.

Mon Sep 7 , 2020
The official website for the Golden Kamuy franchise revealed that the anime’s third season will premiere on October 5 on Tokyo MX, YTV, Sapporo TV, and BS11. The anime will also stream on Fuji on Demand. The website also revealed a new promotional video and the show’s theme song artists. Fomare will perform the opening theme song […]