The official website for the Crayon Shin-chan television anime revealed that Ketsumeishi will perform the new opening theme song “Superstar” for the anime. The new song will debut in the anime on October 3.

Crayon Shin-chan premiered in April 1992, and moved to Friday evening in October 2004. In October last year, the Crayon Shin-chan and Doraemon anime series moved to Saturdays after 15 years of airing on Fridays. Both anime are part of a new Saturday programming block named “Anime Time,” which airs every Saturday at 4:30 p.m. Crayon Shin-chan will have new collaborations, in the vein of the crossovers it has had in the past with Aibou, Kamen Rider, Terminator, Pirates of the Carribbean, and other popular franchises.

Thu Sep 10 , 2020
Wedding information service PLACOLE Wedding is collaborating with ONE PIECE on a year-long project where the manga’s ladies suit up in wedding dresses. A new illustration will be revealed every month for 12 months, each showing a ONE PIECE lady wearing an original wedding dress. The first reveal was Nami […] 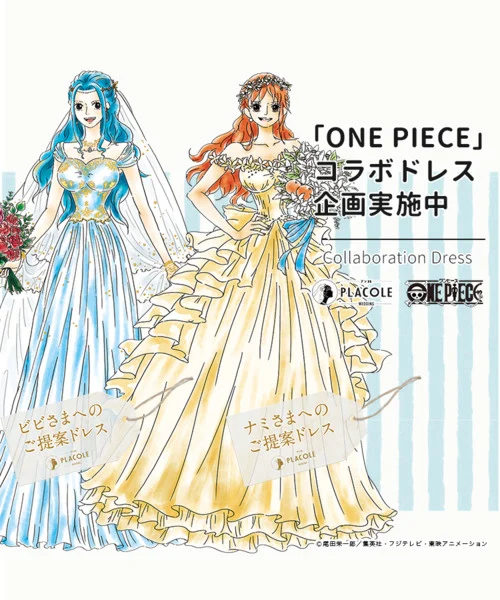