The official website for the anime film of Sakisaka Io‘s Omoi, Omoware, Furi, Furare (Love Me, Love Me Not) manga announced that the anime will release in Japan on September 18. The film was previously slated for May 29, but TOHO and the film’s production committee delayed the film’s opening due to the spread of the new coronavirus disease (COVID-19) in Japan. 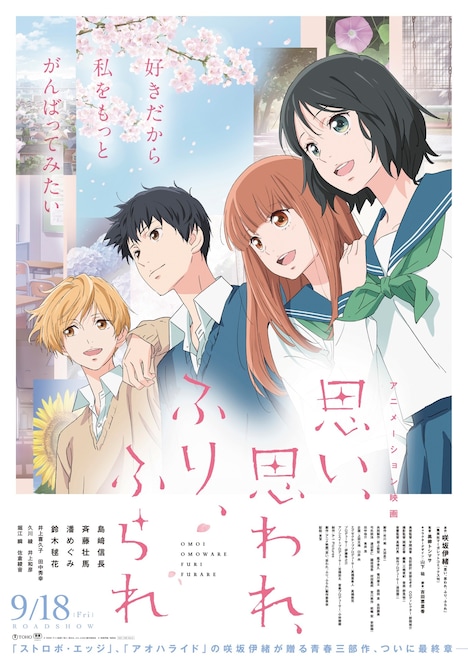 A separate live-action film adaptation will also release on August 14.

Sakisaka (Strobe Edge, Blue Spring Ride) launched the manga in Shueisha’s Bessatsu Margaret in June 2015, and ended it in May 2019. Shueisha published the manga’s 12th and final compiled book volume in June 2019.

Tue Jul 21 , 2020
On July 21, Shueisha’s new business development department and the editorial department of Shueisha’s Weekly Shonen Jump magazine announced that they have launched the “Manga Tech 2020: Shueisha Startup Accelerator Program.” The program seeks idea submissions from those who want to “change the future of manga,” “accelerate the evolution of manga,” […]