“Detective Conan Hiiro no Dangan (The Scarlet Bullet)” movie is set to release in April 2021. It is based on the manga Detective Conan, written and illustrated by Gosho Aoyama.

Although it was scheduled to be released on April 17, this year, the movie was postponed due to the spread of the new Corona Virus in Japan. The new release date has been decided as a result of repeated studies on the effects of the new Corona Virus infection. Further information such as the specific release date will be announced on the official website of the movie at a later date. Advance tickets that have already been purchased can also be used when the movie releases in April 2021.

Detective Conan is a Japanese detective manga series written and illustrated by Gosho Aoyama. It has been serialized in Shogakukan’s Weekly Shōnen Sunday since January 19, 1994, and has been collected into 98 tankōbon volumes as of April 15, 2020.

Mon Jun 8 , 2020
The TV anime “My Teen Romantic Comedy SNAFU Climax” (やはり俺の青春ラブコメはまちがっている。完), the third and final season of the series, is confirmed to premiere on 9th July 2020. A new visual and PV has also been revealed. The anime was originally announced for this April and has been delayed due to the concerns […] 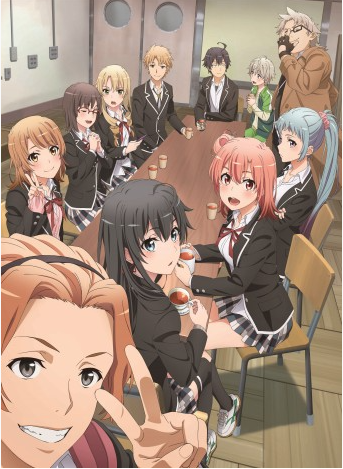