Studio Ghibli announced a 3DCG anime film adaptation of Diana Wynne Jones‘ children’s novel Earwig and the Witch on Tuesday. It is titled “Aya to Majo”, and will be Studio Ghibli’s first full-length 3DCG project.
It is scheduled for a television broadcast on NHK General this winter.

This work is based on Diana Wynne Jones’ children’s novel “Earwig and the Witch” who is also known for “Howl’s Moving Castle.” The story unfolds when Aya, a girl who grew up without knowing herself as a witch’s daughter, was taken over by a strange house one day and started living with a mean witch. Hayao Miyazaki, who loves “Earwig and the Witch,” planned to make a feature animation, and it was directed by his son, Gorou Miyazaki. This is the first full-length 3DCG feature for Studio Ghibli.

Studio Ghibli producer Toshio Suzuki said, “Is “Aya” a work that you can endure after the corona? While I was watching it in the rush, I thought about it many times. I felt relieved when I thought I could overcome any age with smartness.”

Not every orphan would love living at St. Morwald’s Home for Children, but Earwig does. She gets whatever she wants, whenever she wants it, and it’s been that way since she was dropped on the orphanage doorstep as a baby. But all that changes the day Bella Yaga and the Mandrake come to St. Morwald’s, disguised as foster parents.

Earwig is whisked off to their mysterious house full of invisible rooms, potions, and spell books, with magic around every corner. Most children would run in terror from a house like that… but not Earwig. Using her own cleverness—with a lot of help from a talking cat—she decides to show the witch who’s boss. (Source: HarperCollins Publishers)

What will happen to the world after Corona?
That is currently the number one concern for many people. Even movies and TV cannot avoid it. Is “Aya” a work that you can withstand after Corona? As I watched it in the rush, I thought many times.
And I realized that the great feature of this work is the wiseness of Ayah. With wisdom, you can overcome any age. When I thought so, I felt relieved.
If “Long Pippi” is the strongest girl in the world, “Aya” is the story of the smartest girl in the world.
It seems hateful, but somehow Aya is cute. I hope it will be loved by many people.
By the way, if you think that Aya resembles someone, it is Mr. Goro who is the director of this work.
When I pointed it out, Goro was smirking and shy.

♦ Feature animation “Arya and the Witch”

Earwig and the Witch was published in June 2011 and in Japanese by Tokuma Shoten the following July. The story is a companion book to Howl’s Moving Castle, another story written by Diana Wynne Jones, which also received an anime film in 2004. 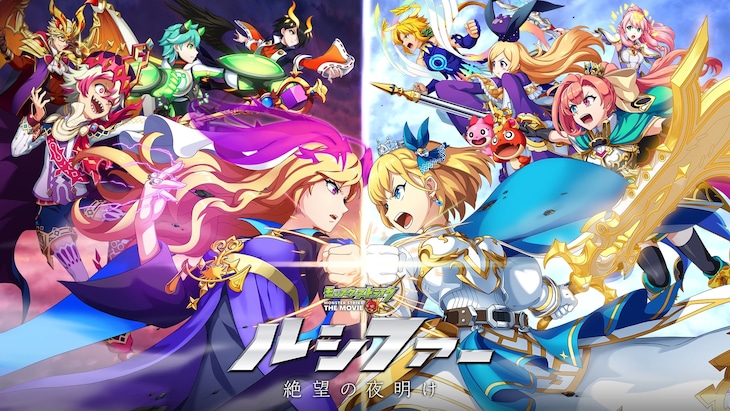