The staff for the Doraemon anime series revealed the title, visual, and trailer for the 2021 Doraemon film. The 41st film in the franchise is titled Eiga Doraemon: Nobita no Little Star Wars, and it will open on March 5, 2021. The film is a remake of the 1985 Doraemon film of the same title. 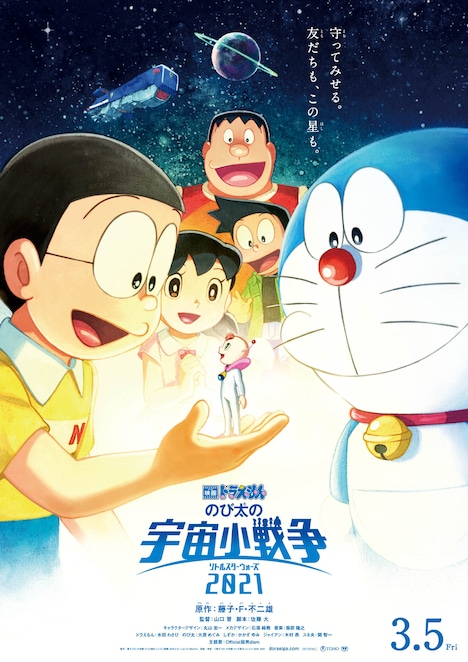 Yamaguchi Susumu, a key animator on many previous Doraemon movies, unit director of Doraemon the Movie: Nobita‘s Chronicle of the Moon Exploration, and the director of Mobile Suit Gundam AGE, is directing the new film. Dai Sato (Eureka Seven, Ghost in the Shell: Stand Alone Complex, Listeners) is penning the script. Official HiGE DANdism created the theme song “Universe,” which can be heard in the above trailer, specifically for the film. Shirogumi, the 3D CG studio behind the production of the Stand By Me Doraemon films, will handle the CG for the spaceships in the film.