Shueisha announced that Hirano Ryōji will publish the previously announced short spinoff manga of Gotouge Koyoharu‘s Kimetsu no Yaiba manga in this year’s 45th and 46th issues of Shueisha‘s Weekly Shonen Jump magazine on October 12 and 17. The spinoff is titled Kimetsu no Yaiba: Rengoku Gaiden, and it will centre on the Flame Hashira character Kyōjurō Rengoku. The manga will have two chapters. 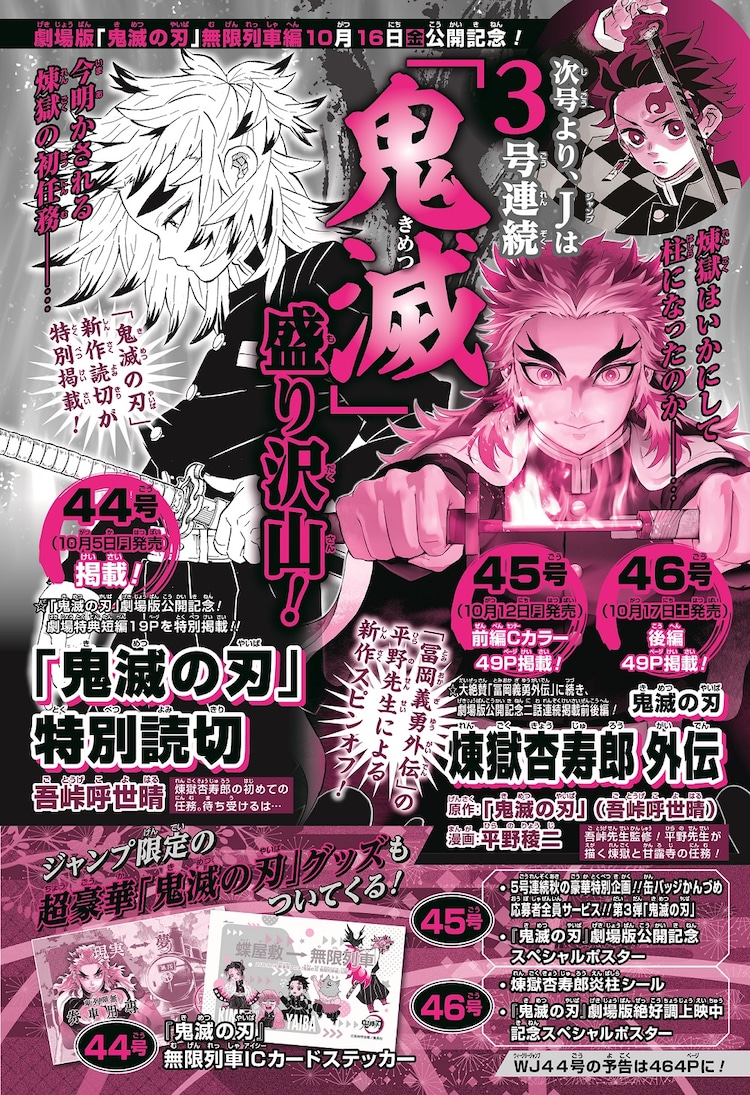 The manga inspired a television anime that premiered in April 2019 and aired its 26th and final episode in September 2019. The Kimetsu no Yaiba – The Movie: Mugen Train (Kimetsu no Yaiba: Mugen Ressha-Hen) anime film opens in Japan on October 16. Theatregoers in Japan who see the film will receive a “Rengoku Volume 0” manga volume, and the 44th issue of Shueisha‘s Weekly Shonen Jump magazine will also carry the 19-page one-shot manga by Gotouge on October 5. The one-shot centres on Rengoku’s first mission.

Thu Sep 24 , 2020
Aniplus-Asia announced that it will air a simulcast of D4DJ First Mix,  the television anime for Bushiroad‘s D4DJ multimedia project. The company will announce the premiere date at a later time. The anime will premiere in Japan on October 30. Ani-One Asia also announced on Wednesday that it will stream the anime in various regions, including regions in Southeast Asia. Seiji Mizushima (Fullmetal Alchemist, Mobile Suit […]