On Monday, Aug 24, this year’s 38th issue of Shueisha‘s Weekly Shonen Jump magazine featured a list of compiled volumes of manga shipping on October 2, including a “volume 1” for Tite Kubo‘s new BURN THE WITCH manga. Usually, if a manga will only have one volume, it will not be listed with a “volume 1,” but will instead be listed with no number at all.

Weekly Shonen Jump revealed last week that the manga will have four total chapters. The series debuted in the 38th issue on Monday. Viz Media is publishing the manga in English.

The manga is a short serialization based on the one-shot manga of the same name that first debuted in July 2018. Viz Media published the chapter in English digitally on the same day in its digital Weekly Shonen Jump magazine, then added the original one-shot manga to its English Shonen Jump service in March. The manga chapter is also available in Japanese on the Shonen Jump+ app and website for free.

The one-shot takes place in the same world as Kubo’s Bleach manga. The chapter centres on Noel Niihashi and Ninny Spangcole, who work as witches at the Wing Bird headquarters in Reverse London’s Natural Dragon Management Agency. Those who live in Reverse London are able to see supernatural creatures such as dragons. Noel and Ninny work to help promote coexistence between these creatures and humans but sometimes must undergo missions to exterminate evil creatures.

The manga is also inspiring a theatrical anime adaptation that will debut this fall. Read more here.

Mon Aug 24 , 2020
On Monday, Aug 24, Usazaki Shiro, the artist for the act-age manga, issues a statement on her Twitter account regarding the arrest of the manga’s writer Tatsuya Matsuki, and the manga’s subsequent cancellation. Usazaki first expressed their sympathies for the victims, who Usazaki said “bravely spoke up about the incident despite their […] 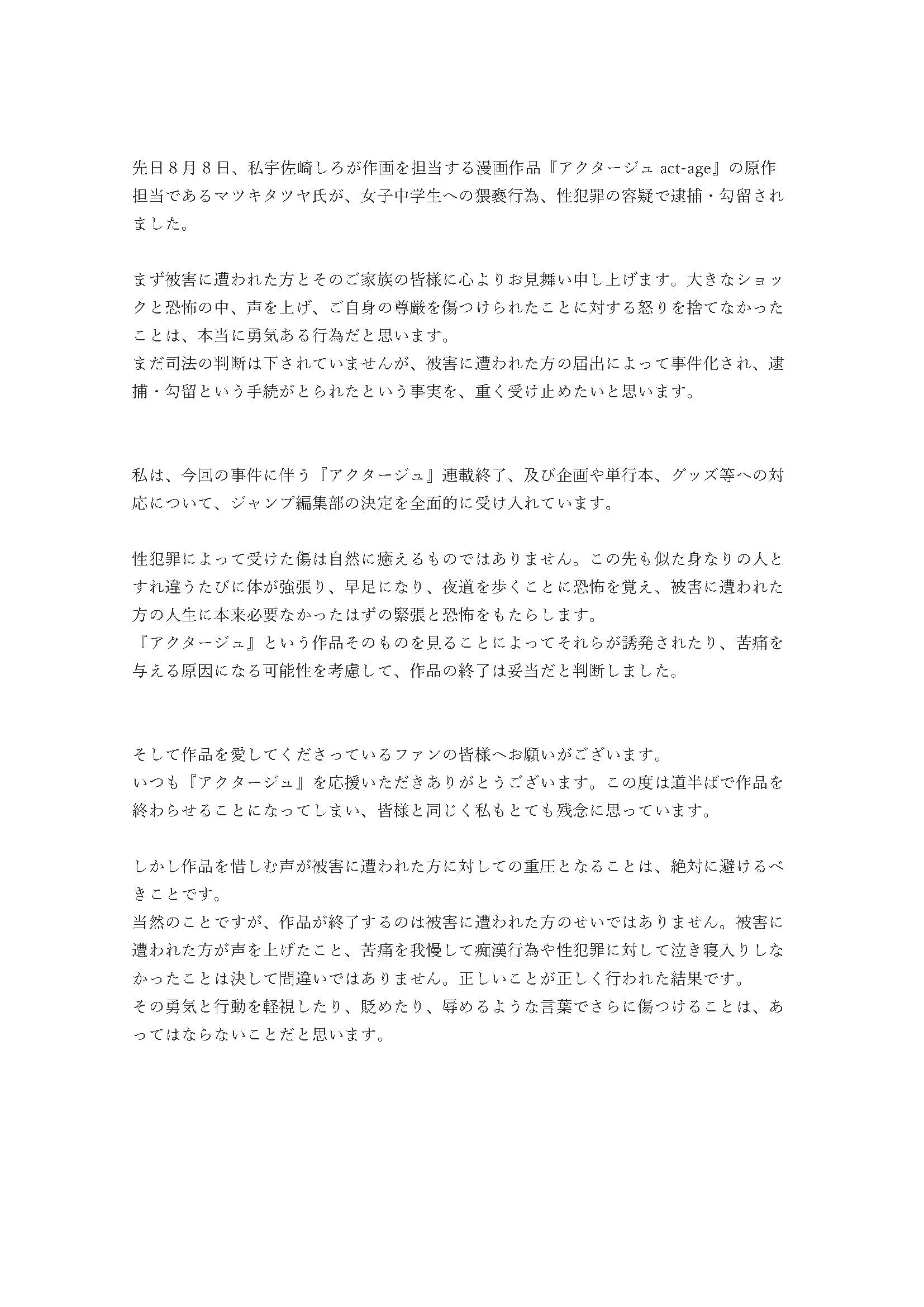