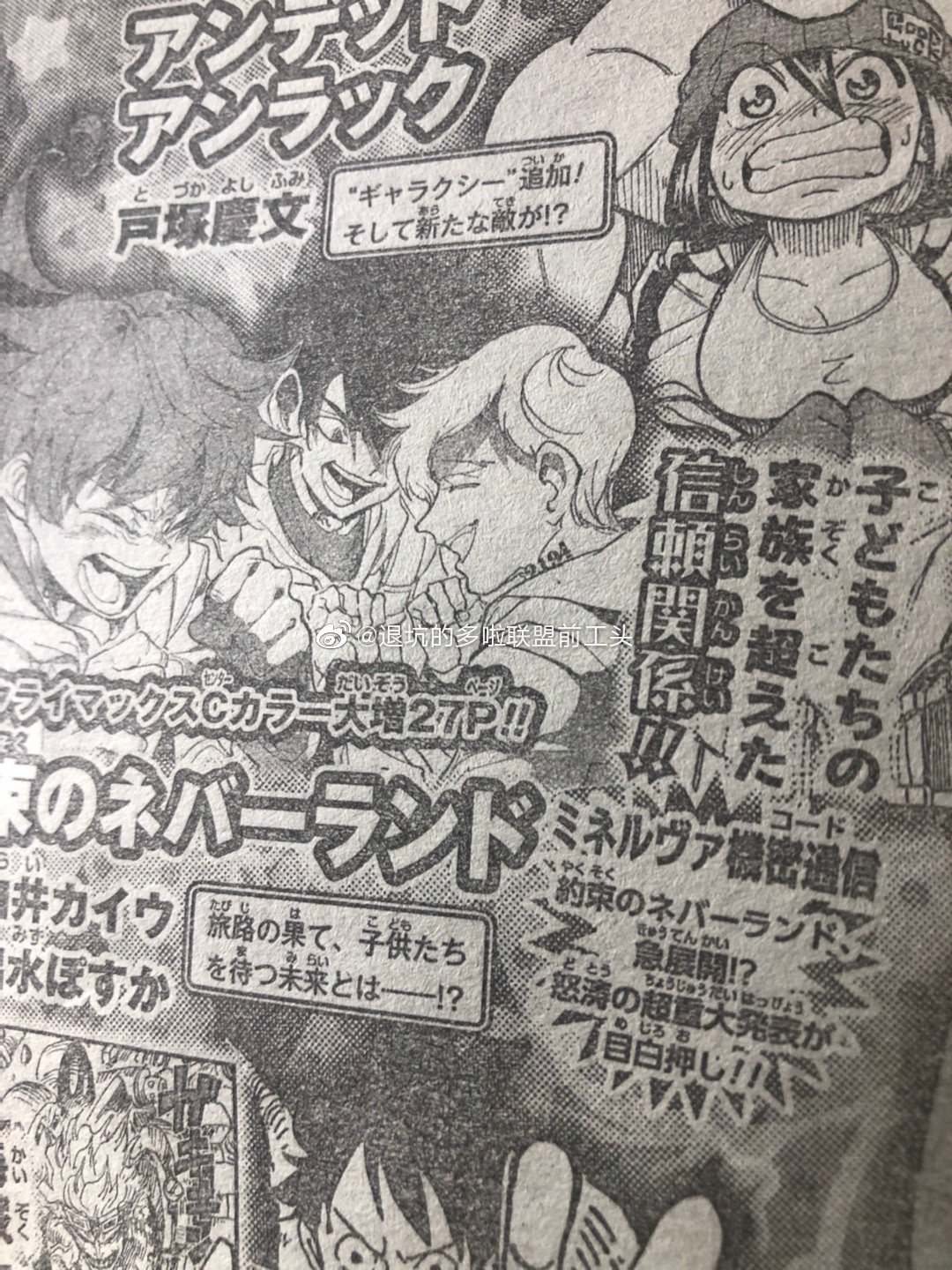 The Final Chapter (No. 181) will feature a final Colour Spread along with 27 pages in total.
Volume 19 of the series is scheduled to release in July, and its final Volume 20 will be announced in the future.

The Promised Neverland (約束のネバーランド) also known as “Yakusoku no Neverland” is a Japanese manga series written by Kaiu Shirai and illustrated by Posuka Demizu. It has been serialized in Weekly Shōnen Jump since August 1, 2016, with the individual chapters collected and published by Shueisha into seventeen tankōbon volumes as of January 2020.

Viz Media licensed the manga in North America and serialized The Promised Neverland in their digital Weekly Shonen Jump magazine.

An anime television series adaptation by CloverWorks premiered from January to March 2019 in the Noitamina programming block. A second season has been announced to premiere in January 2021. A live-action film adaptation is set to release in December 2020.

Set in the year 2045, Emma is an 11-year-old orphan living in Grace Field House, a self-contained orphanage housing her and 37 other orphans. Life has never been better: with gourmet food; plush beds; clean clothes; games; and the love from their “Mama”, the caretaker, Isabella. The bright and cheerful Emma always aces the regular exams with her two best friends, Ray and Norman. The orphans are allowed complete freedom, except to venture beyond the grounds or the gate, which connects the house to the outside world.

One night, an orphan named Conny is sent away to be adopted, but Emma and Norman followed her after noticing that she left her stuffed toy, Little Bunny, back at the house. At the gate, they find Conny dead, and they realize the truth of their existence in this idyllic orphanage—to be “humanely” raised, eventually butchered, and sold as meat to a “higher” species which were identified as “demons” throughout the series. Determined to break out of Grace Field House, Norman and Emma join with Ray to find a way to escape along with their other siblings.

♦ Where to read the manga online?

Thu Jun 4 , 2020
The special exhibition “SHIROBAKO” – “How to make animations learned with SHIROBAKO-“ will be held from June 20th to September 6th in SKIP City, Saitama. At the venue, more than 250 materials including original drawings of “SHIROBAKO” and art settings, including those that were unveiled for the first time, will […]