Apparently, popular Shonen manga, “Boku no Hero Academia” is on a Break in Issue 32 of the Weekly Shonen Jump. Earlier fans assumed that this is one of the casual breaks that mangaka usually likes to take once in a while but Shonen Jump issued a statement in Issue 32 explaining the reason behind the sudden Break.

“Thank you all for loving Boku no Hero Academia.

Boku no Hero Academia will be temporary suspended in this Issue.

I feel sorry for all the readers.

To lower the risk of the new Coronavirus, Boku no Hero Academia has shifted the work from manual to digital.
It took a lot of time to complete the manuscript and so it was difficult to publish the chapter in this issue.
Therefore we decided to suspend it in the Issue 32.

Boku no Hero Academia manga is currently one of the most popular manga being serialized in Shueisha’s ‘Weekly Shonen Jump’ Magazine. Its current arc is attracting more and more popularity with each new chapter.

Boku no Hero Academia is a Japanese superhero manga series written and illustrated by Kōhei Horikoshi. It has been serialized in Weekly Shōnen Jump since July 2014, with its chapters additionally collected into 26 tankōbon volumes as of March 2020. The story follows Izuku Midoriya, a boy born without superpowers (called Quirks) in a world where they have become commonplace, but who still dreams of becoming a hero himself. He is scouted by All Might, Japan’s greatest hero, who shares his quirk with Midoriya after recognizing his potential, and later helps to enroll him in a prestigious high school for heroes in training.

Thu Jul 9 , 2020
On July 8th, Muse SG revealed on its Facebook page that it will be streaming the television anime “The God of High School” on the Muse Asia YouTube channel. “The God of the Highschool” anime is based on the manhwa of the same name written and illustrated by Yongje Park. The […] 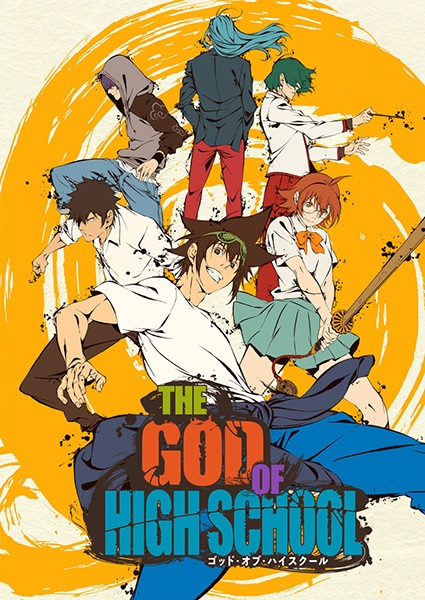