The December 2020 issue of Melody magazine announced a television anime adaptation of Kumiko Saiki’s Kageki Shoujo! manga series on Wednesday. Hakusensha also opened an official website, revealing the staff and a teaser visual (pictured). The anime series will air in 2021. 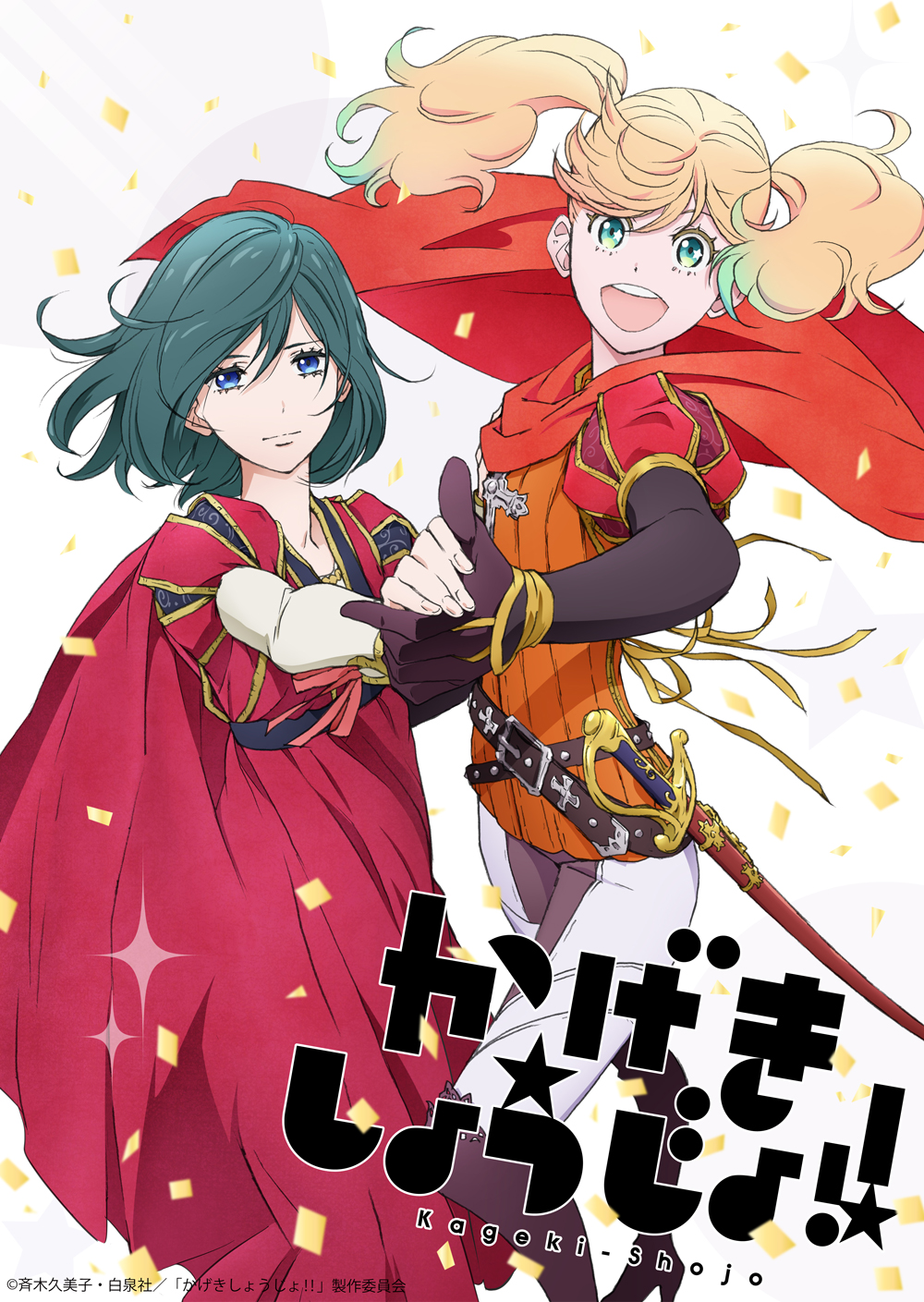 Synopsis
Founded in the Taisho era, the “Red Flower Opera Company” attracts people’s hearts across generations on a beautiful and gorgeous stage created only by unmarried women. The 100th generation students who have passed through a high magnification and entered the “Red Flower Opera Music School” to develop the human resources. Sarasa Watanabe, an innocent girl with a height of 178 cm who longs for “Oscar-sama.” Ai Narada, a former national idol who is indifferent to everything, both dreams and friends. The music school life full of hope and conflict, where everything is disjointed, is about to begin!

The anime will cover events beginning with the original manga, which was serialized in Shueisha’s Jump X from May 2012 to October 2014. The 14 chapters were later compiled into two volumes, which Hakusensha re-released as a single volume titled Kageki Shoujo!! Season Zero in March 2019. Seven Seas Entertainment licensed the manga in English in April, with a print release scheduled for November 24.

Saiki’s sequel manga, Kageki Shoujo!!, has been serialized in Melody since February 2015. The ninth compiled volume was released on March 5, and the tenth volume is scheduled to go on sale on November 5.

Kageki Shoujo!! was nominated for best Shoujo in the 44th Kodansha Manga Awards this year.