The Fuji TV Anime Lineup Presentation 2020 event announced that the television anime adaptation of Amahara‘s and Cool-kyou Shinja‘s Heion Sedai no Idaten-tachi (Idaten Deities in the Peaceful Generation) manga will air in the channel’s noitaminA programming block in Summer 2021. The event also revealed a teaser visual and the first promotional video.

MAPPA is producing the adventure fantasy anime series, known for titles such as Yuri!!! on Ice, Banana Fish, Dororo, and The God of High School.

Synopsis
It has been 800 years since the battle gods “Idaten”, who boast overwhelming speed and strength, containeHeion Sedai no Idaten-tachid the “demons” who led the world to ruin after a fierce battle. “That battle” is now just an old tale in a distant myth. While the “peaceful generation of the gods,” who have never fought since they were born, are out of peace, someone has revived the demons from a long sleep! Bring armed forces, wisdom, politics, conspiracy, whatever you can use! No-rule & no-limit three-way battle royale is about to begin!!!

Cool-Kyou Shinja began serializing the manga in Young Animal in August 2018, a remake of Amahara’s original web manga. Hakuensha published the third volume on August 11. This marks the ninth anime adaptation based on Shinja’s works. 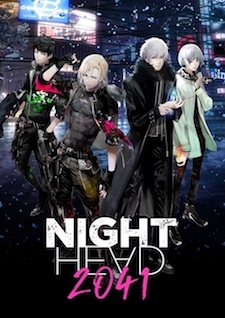