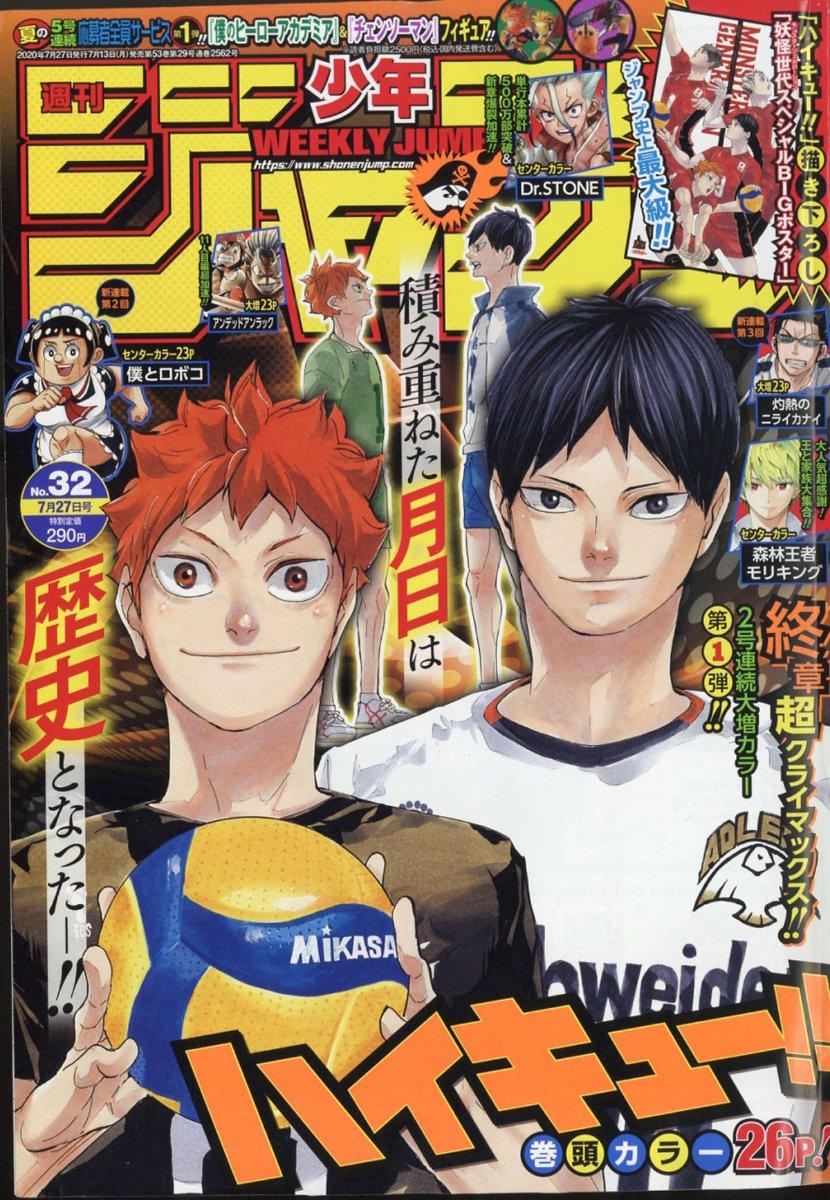 Like all good things, popular sports manga, ‘Haikyuu!! is also coming to an end.

In the preview of Chapter 402 which was released with Chapter 401 says,

Haikyuu!! will also receive 2 center color pages in the next issue (33-34) with the final Chapter.

Additionally, it was also revealed that Haikyuu!! TV Anime’s Season 4 Second cour will air in the fall this year viz October 2020.
In fall 2020 there will also be a Haikyuu!! Stage Play of an episode of “Karasuno vs Nekoma” Match.

Haikyuu!! (ハイキュー!!) is a Japanese shōnen manga series written and illustrated by Haruichi Furudate. The story follows Shōyō Hinata, a boy determined to become a great volleyball player despite his small stature. Its individual chapters have been serialized in Weekly Shōnen Jump since February 2012. As of May 2020, forty-three tankōbon volumes have been released in Japan by Shueisha.

Thu Jul 9 , 2020
Apparently, popular Shonen manga, “Boku no Hero Academia” is on a Break in Issue 32 of the Weekly Shonen Jump. Earlier fans assumed that this is one of the casual breaks that mangaka usually likes to take once in a while but Shonen Jump issued a statement in Issue 32 […] 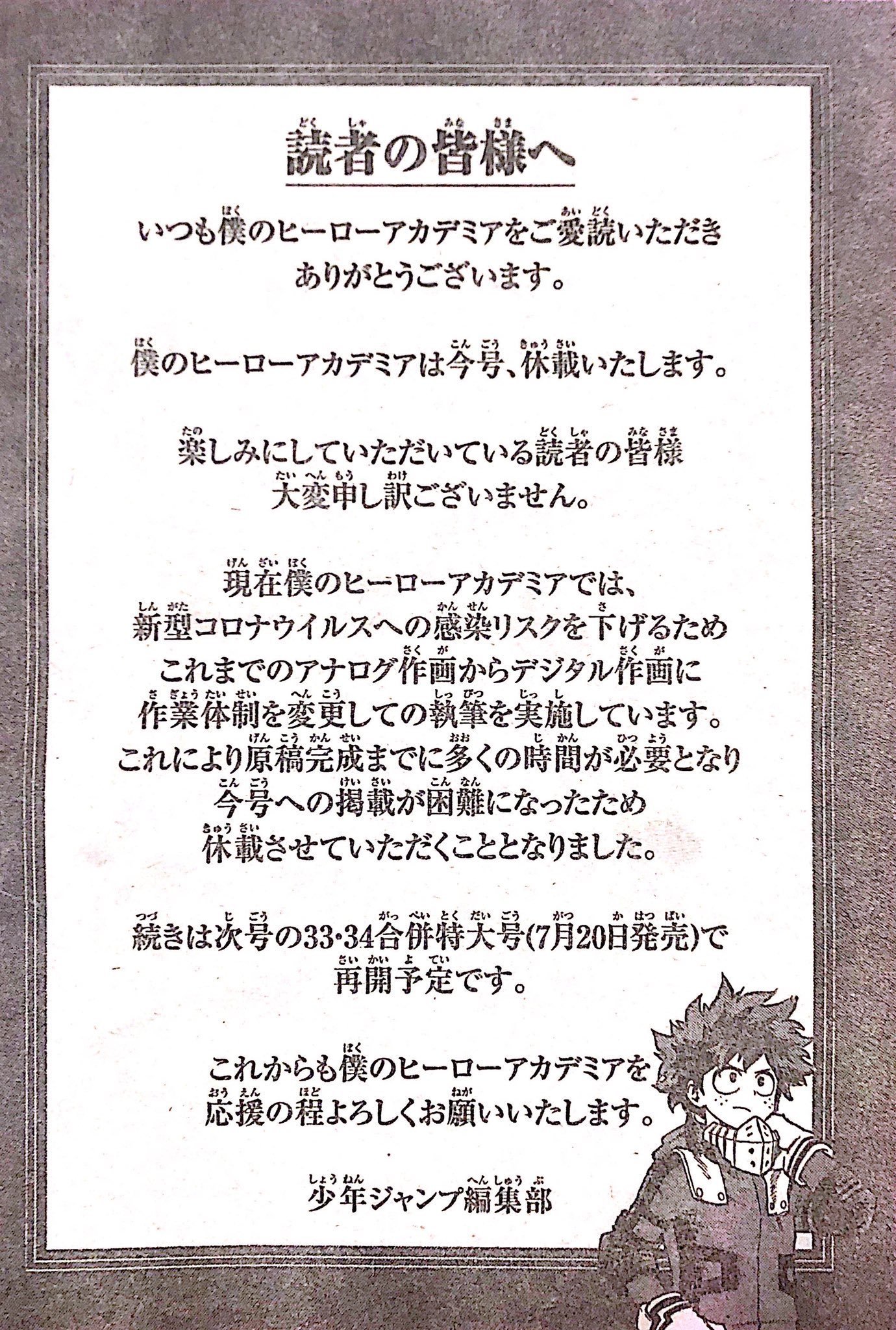