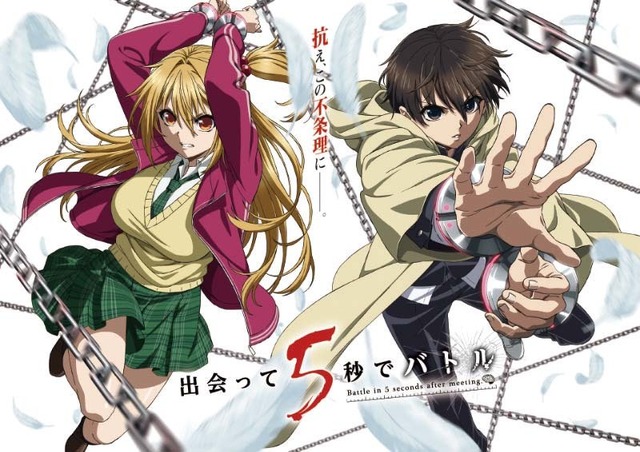 Synopsis
Akira Shiroyanagi, a high schooler who loves games and Konpeito (Japanese sweets), has suddenly been dragged into a battlefield by a mysterious girl who calls herself Mion. The participants are told that they are “erased from the family register, involved in an experiment, and gained certain powers.”

Akira is determined to win the game with his newfound powers and destroy the organization. Armed with a power no one expects and his “brain” skills, the new period of intelligence battle begins! (Source: MU, edited)

Harawata originally published the super power battle action manga on the FC2 blog in 2012. Kashiwa (Shinmai Maou no Testament manga) began drawing a remake on the Ura Sunday web manga platform in August 2015. Shogakukan shipped the 14th volume on June 18, with the 15th volume scheduled for a November 19 release. Deatte 5-byou de Battle has a cumulative 2 million copies of its volumes in print.