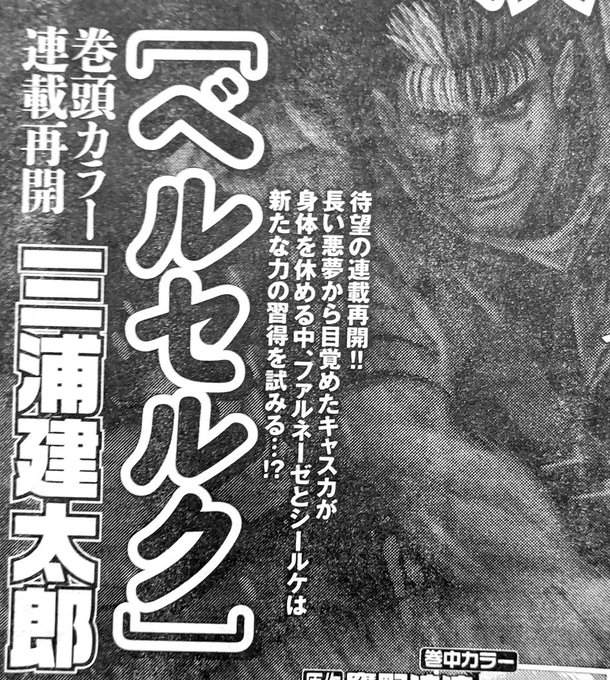 Berserk ( ベルセルク) is a Japanese manga series written and illustrated by Kentaro Miura. Set in a medieval Europe-inspired dark fantasy world, the story centers on the characters of Guts, a lone mercenary, and Griffith, the leader of a mercenary band called the “Band of the Hawk”. Miura premiered a prototype of Berserk in 1988. The actual series began the following year in the now-defunct magazine Monthly Animal House, which was replaced in 1992 by the bimonthly magazine Young Animal, where Berserk continues to be serialized intermittently.

Weekly Shonen JUMP Issue 21 delayed by one week due to Corona Virus.

Wed Apr 8 , 2020
Due to a confirmed Corona Virus case within Shueisha’s editorial department, a decision was made to delay the release of Issue 21 of the Magazine (print & digital) from April 20th to April 27th and rename it to Issue 21-22. The release of Issue 20 is still scheduled on April […]