Due to a confirmed Corona Virus case within Shueisha’s editorial department, a decision was made to delay the release of Issue 21 of the Magazine (print & digital) from April 20th to April 27th and rename it to Issue 21-22. The release of Issue 20 is still scheduled on April 13th.

Note: It does NOT mean that the Issue 21-22 will have two chapters. Only the naming of the issue is changed so that the schedule ahead remains unchanged. 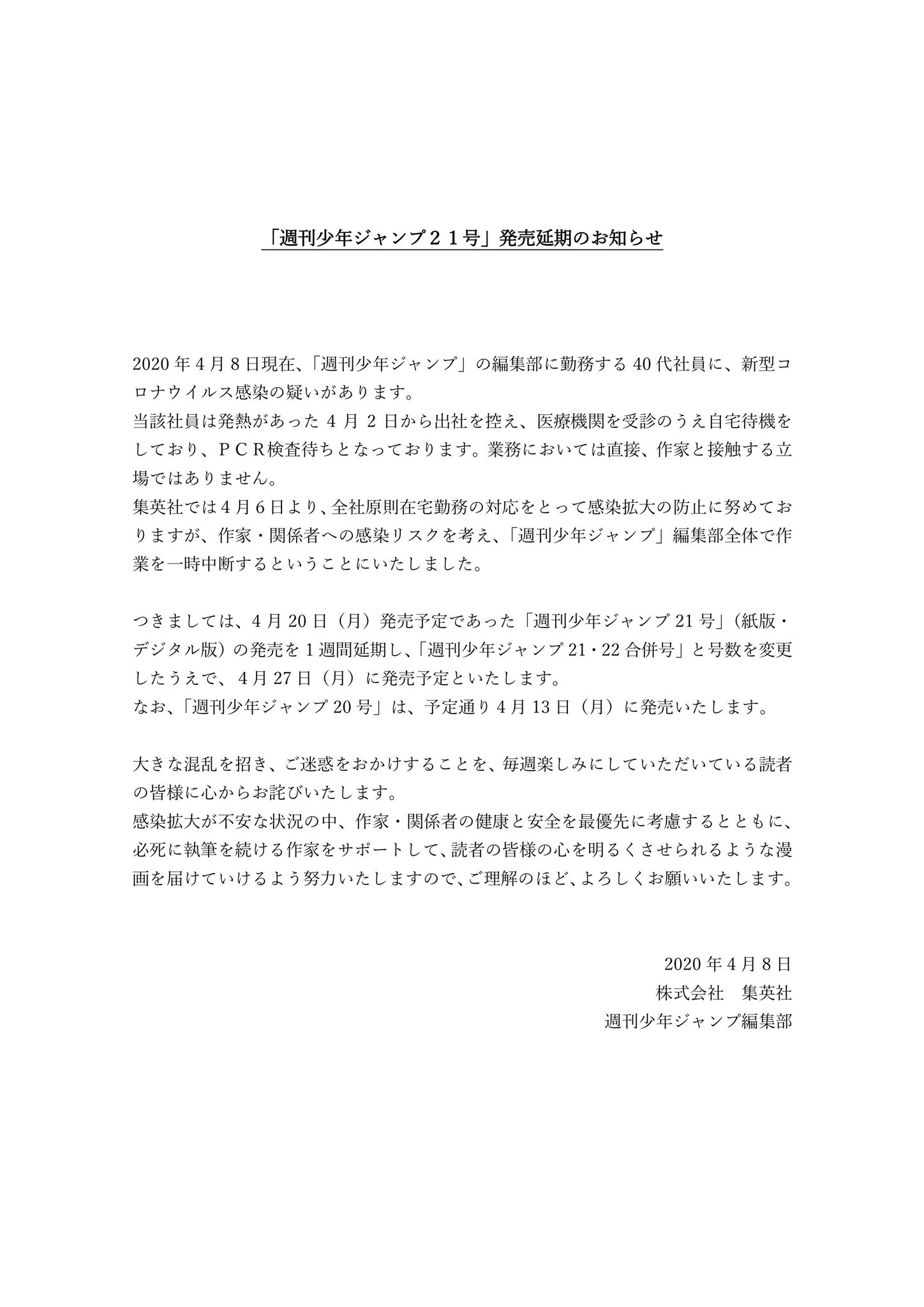 Shueisha Inc. ( 株式会社集英社) is a Japanese company headquartered in Chiyoda, Tokyo, Japan. The company was founded in 1925 as the entertainment-related publishing division of Japanese publisher Shogakukan. The following year, Shueisha became a separate, independent company.

Sat Apr 11 , 2020
Ufotable, the Japanese animation studio which is famous for animating Kimetsu no Yaiba series released the trailer for Kimetsu no Yaiba movie: Mugen no Ressha-hen or Kimetsu no Yaiba: Infinity Train arc. The movie is set to release on October 16th, 2020 in Japan. Here is the tweet from the […]