In Newtype‘s November 2020 issue, Shingeki no Kyojin producers Tateishi Kensuke, Maeda Toshihiro, and Kinoshita Tetsuya addressed the reason behind the staff change from Wit Studio to MAPPA for Shingeki no Kyojin The Final Season.

Tateishi: “While season 3 was in production, we consulted with Wit Studio, and it was decided that The Final Season would be created by a different production studio. One of the reasons is because the end of season 3 has the protagonist gazing at the ocean, marking a turning point for the story. Also, as creators we wanted the anime to escalate even further. Through many talks with Wit Studio, we understood that the continuation would be difficult, so we looked for a new studio. Kinoshita, Maeda, and I divided the searching duties among ourselves, but most studios turned us down. Everyone understood what big shoes they had to fill, and we were told by dozens of studios that they emphatically could not accept.”Maeda: “Of course, there were also those who told us that they had the desire to do it but just couldn’t make it work in their schedule.”

Tateishi: “The only studio that said they would consider it was MAPPA. When we talked to WIT about it, they said they could rest easy knowing it was in MAPPA‘s hands. The producers were in agreement, so the production shifted to MAPPA.”

Kinoshita: “MAPPA took the matter firmly into their hands, saying, ‘Shingeki no Kyojin should have a proper ending for the sake of the fans,’ which also made a strong impression on us.”

Maeda: “I think you can see their fighting spirit reflected in The Final Season‘s PV. The show is in good hands.”

The producers also stressed that, for the sake of all the fans who have supported the series, they are determined to adapt the manga all the way until the end instead of concluding midway through. Kinoshita said that he has felt obliged to adapt the entirety of the manga ever since seeing the reaction to season 1 episode 13, where the Eren Titan seals the wall.

Finally, the interview addresses how MBS has remained on the anime’s production committee even after the broadcasting rights shifted to the NHK. Maeda said that MBS was not obligated to keep investing after selling off the rights to the earliest broadcast, but their sheer passion for the project overcame that business logic. Tateishi said that although the number of broadcasters increased with each season, he was the one who suggested broadcasting the anime on the NHK in order to reach as many people in Japan as possible. He was very surprised at MBS‘s decision to keep investing in an anime that would broadcast on another station. As a result, he feels greatly indebted to both the NHK and MBS.

Yabuta Shūhei, who was the 3DCG director for the first three seasons of Shingeki no Kyojin, announced on his Twitter account earlier this month that he will be joining the CG team for Shingeki no Kyojin The Final Season. He mentioned that he is “the only staff in the graphics team working since Wit Studio‘s season.” Takahiro Uezono (Yuri!!! on Ice figure skating CG Director) is replacing Yabuta as 3DCG director for The Final Season.

Thu Oct 22 , 2020
Hello there! I am the Admin of this animangatalk.com. First of all, I would like to apologise for not posting news consistently for the past one month. As you probably know, this website is not run by some kind of professional group or something. I am just a single person […] 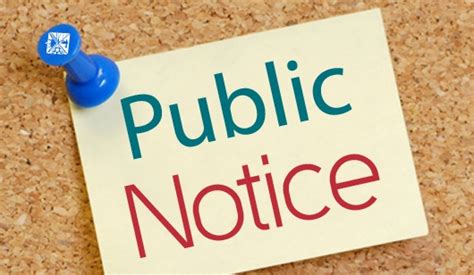