On Thursday, Aug 27, Netflix confirmed that it producing a Netflix Original Series live-action adaptation of CAPCOM‘s Resident Evil survival horror game franchise. Bronwen Hughes (The Walking Dead) is directing the series at Constantin Film, and Andrew Dabb (Supernatural) is writing the script. Netflix posted an image of the script for the first episode, “Welcome to New Raccoon City,” of the eight-episode series.

When the Wesker kids move to New Raccoon City, the secrets they uncover might just be the end of everything. Resident Evil, a new live action series based on Capcom’s legendary survival horror franchise, is coming to Netflix. pic.twitter.com/XWh5XYxklD

Constantin Film produced all six films in the Paul W.S. Anderson-directed Resident Evil franchise. The company hired Johannes Roberts (47 Meters Down) to direct and write the first reboot film for the Resident Evil film franchise. Entertainment industry news website Variety stated the film was expected to start production last year with a new cast. Variety also reported that the upcoming reboot film will be the first of six.

The first Resident Evil zombie apocalypse film based on CAPCOM‘s survival horror series premiered in 2002 with actress Milla Jovovich as protagonist Alice. Resident Evil: The Final Chapter, the “final” live-action film, opened in Japan in December 2016, and in North America in January 2017.

Constantin Film announced in 2014 that the movies will get a television show spinoff.

Anderson and his Impact Pictures producing partner Jeremy Bolt are currently working on a live-action Hollywood film adaptation of Monster Hunter, another CAPCOM video game franchise. Anderson stated that he sees the film and the game’s world as an “opportunity to have a cinematic universe.”

'The Demon Girl Next Door' Anime Gets 2nd Season

Fri Aug 28 , 2020
On Friday, Aug 28 the official website for the television anime of Izumo Ito‘s The Demon Girl Next Door (Machikado Mazoku) manga confirmed that the series is getting a second season. TBS revealed a promotional video and visual for the announcement. Hiroaki Sakurai (Cromartie High School, Maid Sama!, The Disastrous Life of Saiki K.) directed the anime at J.C. Staff. Keiichirō Ōchi (La Corda […] 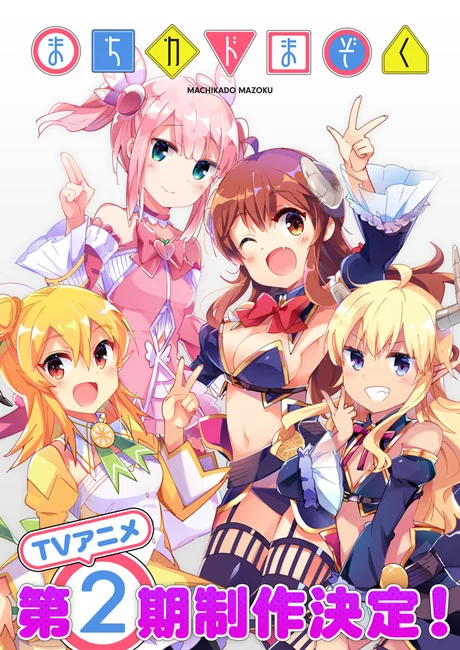