The September 16 issue of National Printing Bureau’s Kanpō publication reported on Wednesday that Kyoto Animation has absorbed the Osaka-based affiliate studio Animation DO, including all rights and properties associated with the company.

Animation DO was originally established in 2000 as Kyoto Animation Osaka Studio, and it became its own corporation under the name Animation DO in December 2010. The studio is perhaps best known for its work on the Free! Iwatomi Swim Club franchise, but its staff has done animation work on virtually every Kyoto Animation project since the company’s inception.

On July 18 last year, a devastating fire broke out at Kyoto Animation‘s Studio 1 building. A total of 70 people were inside the building at the time. The fire killed 36 people and injured 33 others. In addition to those victims, a man in his 40s on his way to work in the area suffered minor injuries from smoke inhalation.

Kyoto Prefectural Police apprehended the then 41-year-old suspect who allegedly used gasoline to start the fire, and they are investigating the case as arson. The man allegedly bought 40 litres of gasoline in two canisters and used a cart to transport the gasoline to Kyoto Animation‘s Studio 1 building. Police arrested the suspect on May 27 after 10 months of hospital care due to injuries.

Wed Sep 16 , 2020
The official Twitter account for Hiro Mashima‘s Edens Zero manga announced on Wednesday that the manga is inspiring a game adaptation. Konami will have a live stream that will announce more details on the game as well as the upcoming television anime of the manga during the Tokyo Game Show 2020 Online event on September 26. Kodansha Comics publishes the […] 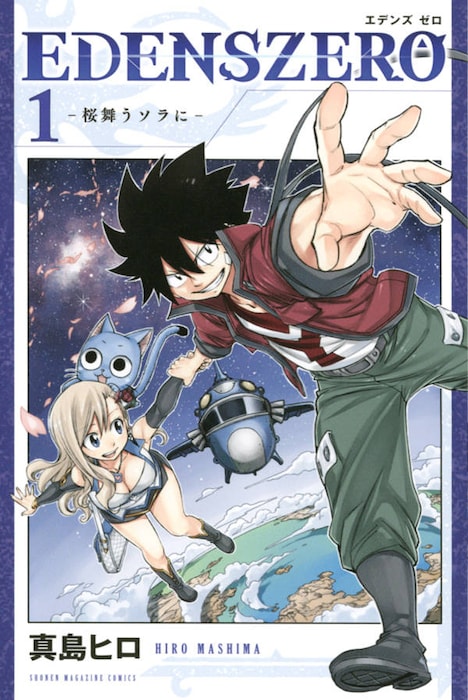