Crunchyroll announced new membership tiers for its streaming service on Monday. The website will have four tiers in the United States (Free, Fan, Mega Fan, and Ultimate Fan), and effectively three tiers in other English-speaking territories (Free, Fan, and Mega Fan). The company will implement the new tiers worldwide in early September. The Crunchyroll Android and iOS apps will also receive updates on Monday. The company posted an introduction video (region-restricted to the United States) for the new tiers. 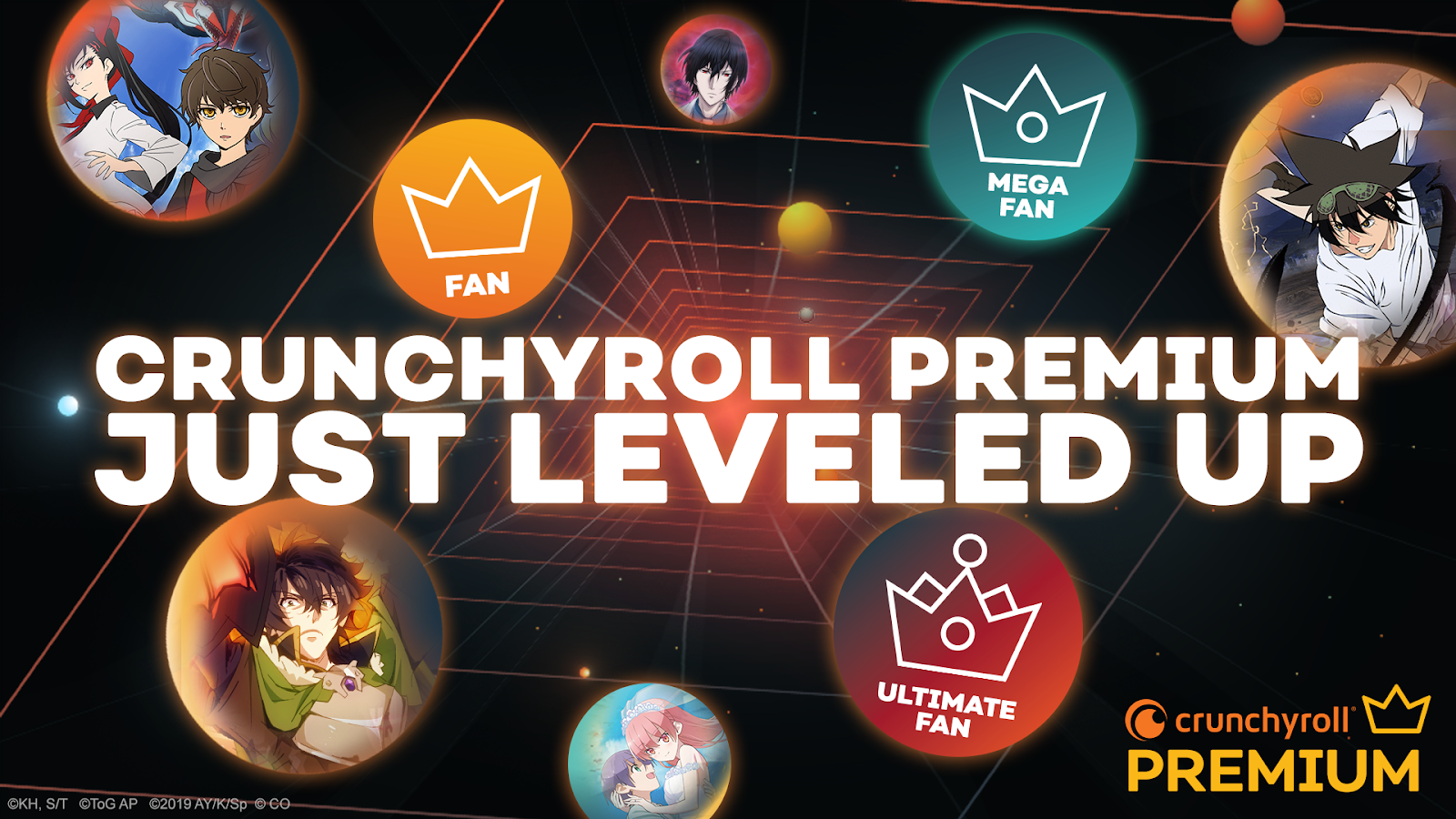 The Free tier will continue to require no payments, and it has advertisements. New simulcast episodes will be available one week after their premieres.

The following three tiers are options for premium members. The Fan tier costs US$7.99 (or a similar price outside the United States) per month. Similar to the current Premium Membership, this tier has no advertisements, and all new simulcast episodes will be available to users as they premiere.

The Mega Fan tier costs US$9.99/month, and it includes all features from the Fan tier. In addition, this tier enables offline viewing and access to four streams at once. In the United States, members will also be able to get a US$15 discount off a US$100 purchase every three months on the Crunchyroll Store.

In the United States, the Ultimate Fan tier costs US$14.99/month, and it will include everything from the Fan Tier. It will also feature offline viewing and access to six streams at once. Members can get a US$25 discount off a US$100 purchase every three months on the Crunchyroll Store. In addition, members will receive an annual Ultimate Fan member swag bag and access to exclusive member-only merchandise.

The membership tiers for the U.K. and English-speaking international territories are similar, but with prices converted to local currency. In these regions, the Mega Fan does not include a discount on the Crunchyroll Store. Also, instead of the Ultimate Fan tier, there is an Annual Mega Fan option for members who sign up for a full year of the Mega Fan Tier. This tier includes a 16% discount for Crunchyroll Premium.

Tue Aug 25 , 2020
Rock band ONE OK ROCK announced that they will stream their “Field of Wonder” virtual concert live on October 11 at 6:00 PM Japan time on their website. The band will perform at ZOZO Marine Stadium in Chiba, Japan, without an on-site audience. The concert will be available for archived viewing […]