The tour will be unveiled for the first time at this year’s Kyoto International Manga and Anime Fair, which will be held on September 19 and 20. It will be distributed for free exclusively through the VR video streaming app Blinky.

The Anime Tourism Association was founded in 2016 as a partnership between Kadokawa and various tourism and travel companies. Their aim is to attract tourists, from Japan as well as foreign countries, and bolster regional revitalization projects throughout Japan. They revealed their 2020 list of noteworthy anime pilgrimage sites in October last year. Hyou-ka is included as one of the titles on the list.

Sat Sep 5 , 2020
On Thursday, Sept 3, Kingdom mangaka Hara Yasuhisa released a statement on his Twitter account, confirming that he divorced in March and admitted to adultery. お騒がせしてしまい、申し訳ありません。 pic.twitter.com/oAxbLZGbEw — 原泰久 (@HaraYassa) September 3, 2020 His full statement is translated below: I extend my deepest apologies to the readers and those around me […] 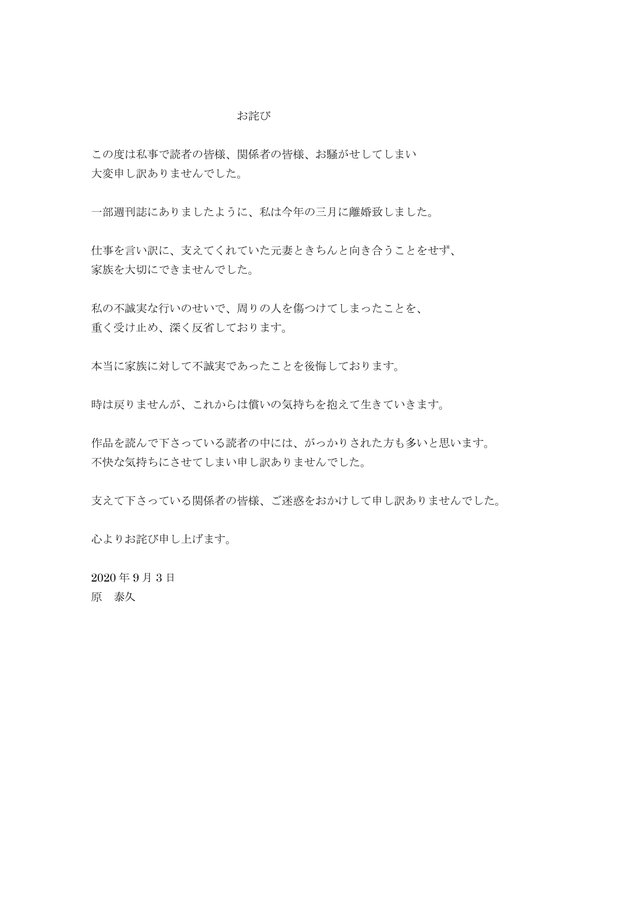