“Anisama 2020” also known as “Animelo Summer Live 2020 -COLORS-“ has been postponed due to the spread of Corona Virus in Japan.

“Anisama” was started in 2005 and the 16th performance was scheduled to be held on August 28th, 29th, and 30th this year at Saitama Saitama Super Arena.
A total of 60 pairs of 147 people were scheduled to appear, including artists who had already announced appearances such as Ai Ai,Okazaki physical education, Sukima Switch, angela, GRANRODEO, Hiroko Moriguchi, but considering the Corona Virus situation in Japan, the event has been postponed.
The event will be held as a “rollover performance” that inherits the theme of this year, “COLORS” and the theme song “What a colorful world!”, With the aim of holding it at a venue in Saitama prefecture from August 27 to 29, 2021.

“We were looking for a method to avoid so-called “dense” based on significant changes in production, the introduction of various special equipment, etc. At this event, which attracts more than 80,000 people in total, it is very difficult to completely protect the health and safety of all of the fans, the performing artists, and the staff. We made a tough decision. We will do our best to see the vibrant scenery created by everyone with Anisama. We would appreciate your support.”

Regarding the niconico advance of the tickets currently being held, the announcement will be held as planned. All ticket reservations and sales scheduled thereafter will be canceled. Check the official website for details such as refunds.

Fri May 29 , 2020
TV anime En En no Shouboutai aka Fire Force‘s Season 2 is set to broadcast in July 2020.It has been revealed that Furukawa Makoto (古川慎) will be the voice of Ogun Montgomery, who is a Third Generation and member of Special Fire Force Company 4. Ogun attended the Special Fire Force […] 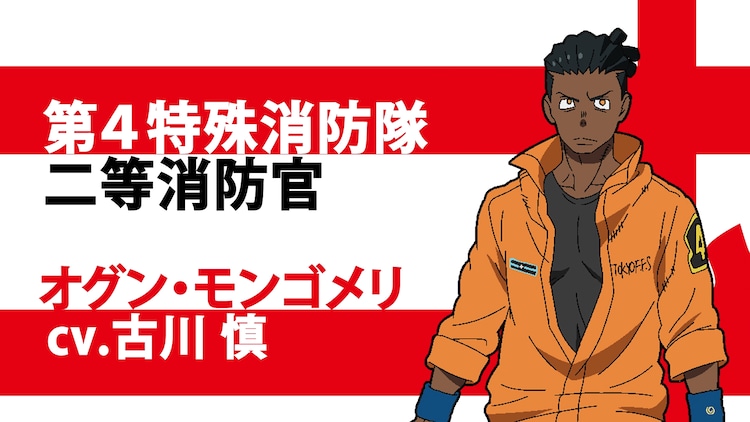