It was revealed on June 1 that the manga “Act-Age” serialized in “Weekly Shonen Jump” (Shueisha) will have a Stage Play in 2022 titled “Act-Age ~ Galaxy Railroad Night ~”. 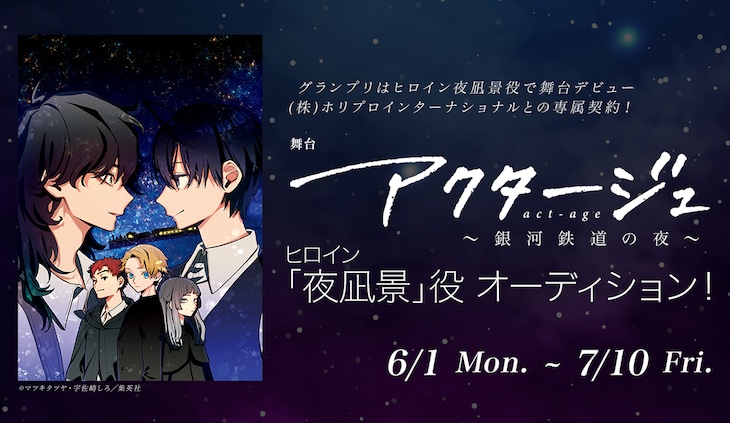 The production of the stage “Act-Age ~ Galaxy Railroad Night ~” is performed by the Horipro Performance Division, which has worked on “Death Note THE MUSICAL” and others.
Shu Matsui is the scriptwriter and director. The role of the heroine / Yonagi Kei will be decided in the open call for participants by audition. The Grand Prix winner will make their debut as a nightscape of the main stage, and will also have an exclusive contract with Horipro International to act as an actress aiming for the world.

Auditions are conducted in a remote environment. Please check the official website for more details such as application qualifications.

If you apply because of your commitment to the Act-Age, it seems that it will narrow down various possibilities of yourself and the stage itself, so one person who wants to be an actor for a long time I hope it will be like a single entrance.

Act-Age (アクタージュ ) is a Japanese manga series written by Tatsuya Matsuki and illustrated by Shiro Usazaki and serialized in Weekly Shōnen Jump since January 22, 2018. The nightscape of the hero is found to be an actor, and he depicts a struggle. The cumulative circulation of comics has exceeded 3 million.

Tue Jun 2 , 2020
The TV anime adaptation of Shu (秋) and Yoshinori Shizuma’s (しずまよしのり) light novel series, “The Misfit of Demon King Academy: History’s Strongest Demon King Reincarnates and Goes to School with His Descendants” (魔王学院の不適合者 ～史上最強の魔王の始祖、転生して子孫たちの学校へ通う～) is confirmed to premiere on 4th July 2020. A key visual and its first PV are also revealed. It […] 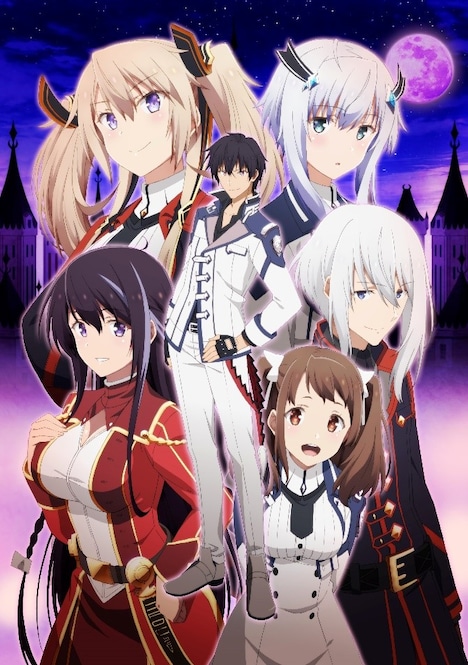