Haikyu!! is a Japanese shōnen manga series written and illustrated by Haruichi Furudate that revolves around a high school volleyball team and the relationship between players Hinata Shōyō and Kageyama Tobio. The fourth season premiered on January 10, 2020 on the Super Animeism block. It was later announced that the fourth season will be split-cour, with the second half airing in July 2020.

2. Shingeki no Kyojin The Final Season 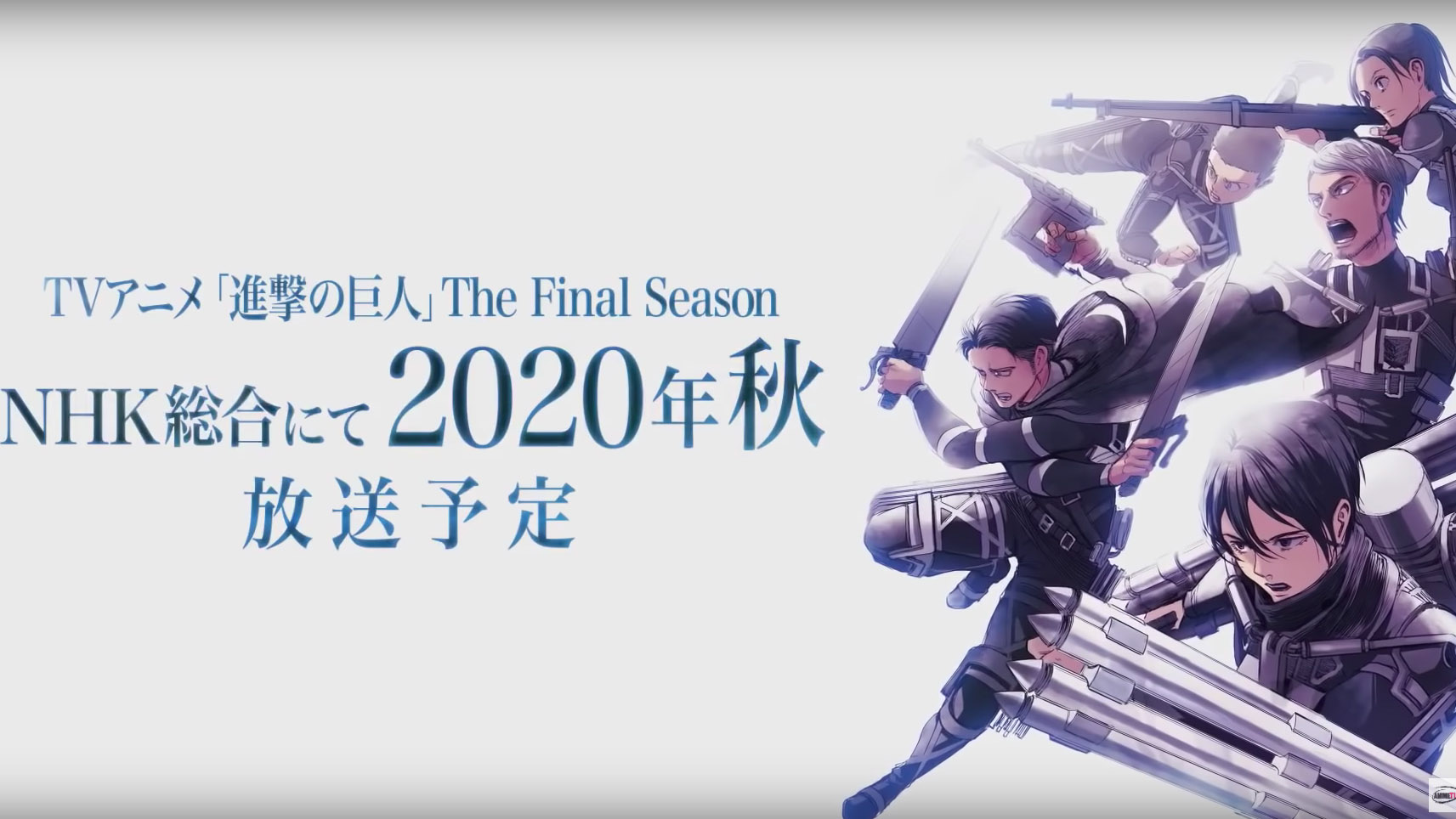 Shingeki no Kyojin is a Japanese fantasy anime television series adapted from the manga of the same name by Hajime Isayama. It is set in a world where humanity lives inside cities surrounded by enormous walls due to the Titans, gigantic humanoid beings who devour humans seemingly without reason. The story follows the adventures of Eren Yeager, his friends Mikasa Ackerman, Armin Arlert, whose lives are changed forever after a Colossal Titan breaches the wall of their home town. Vowing revenge and to reclaim the world from the Titans, Eren and his friends join the Scout Regiment, an elite group of soldiers who fight Titans. 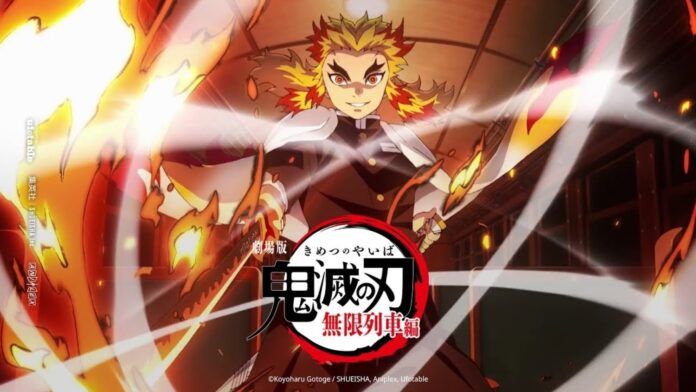 4. Enen no Shouboutai: Ni no Shou 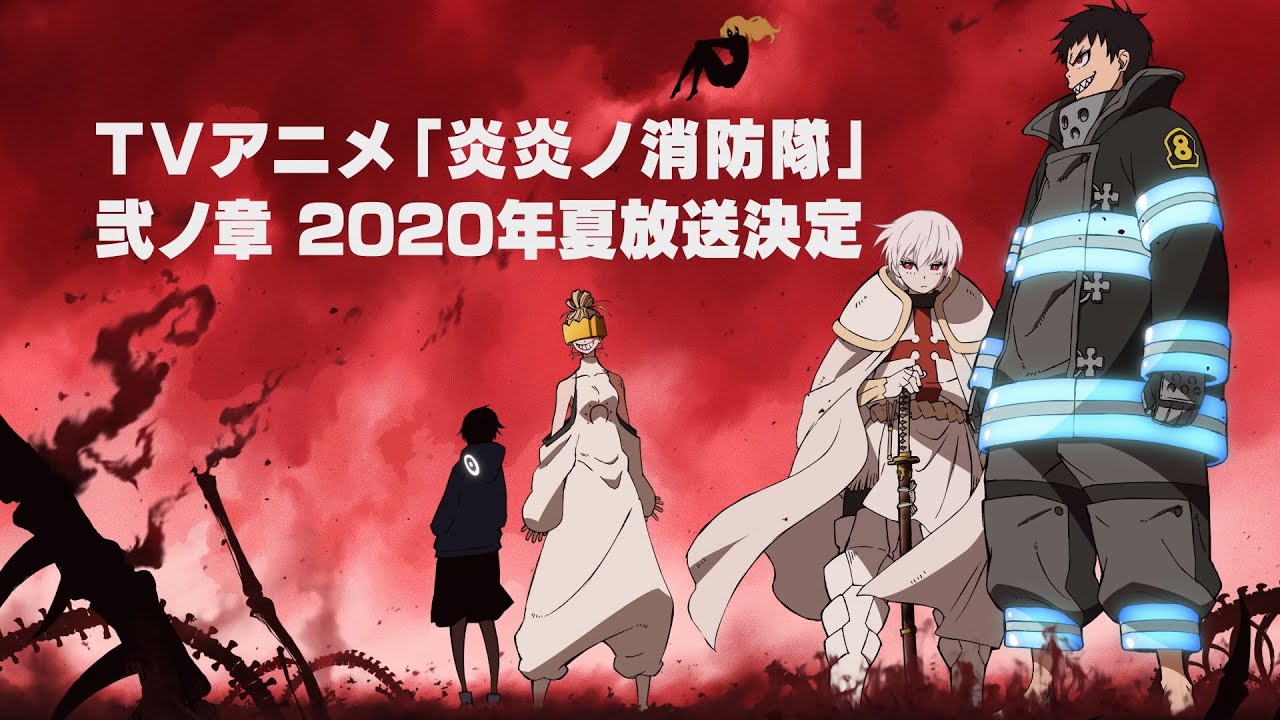 Fire Force is based in on the manga series of the same name written and illustrated by Atsushi Ōkubo. The adaptation by studio David Production was announced on November 14, 2018.
The first season aired from July 5 to December 27, 2019 on Japan News Network stations MBS and TBS.
A second season has been announced, and it will premiere in July 2020. The official announcements describe the continuation as the “2nd chapter” of the anime series. 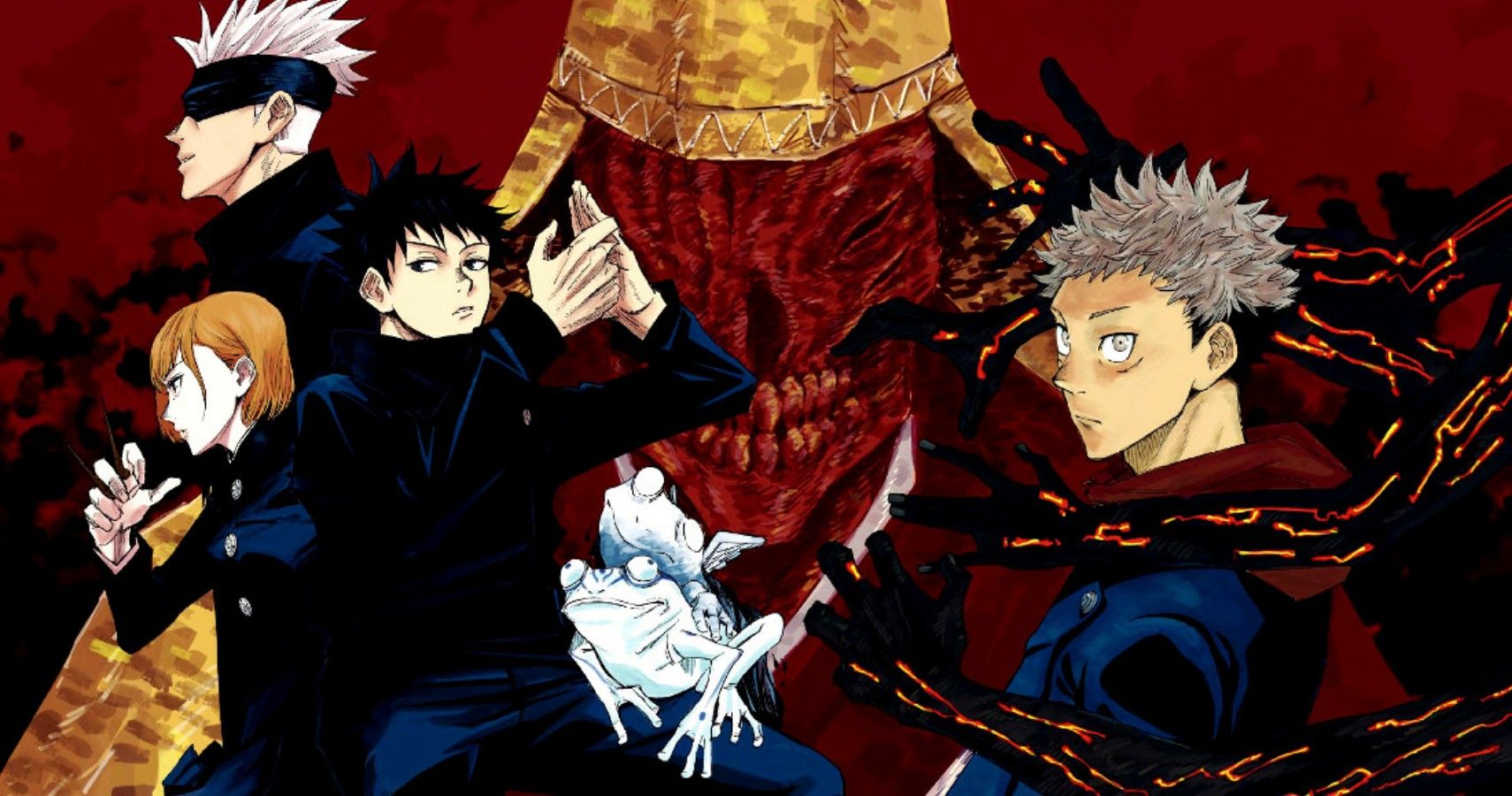 Jujutsu Kaisen TV anime is based on the Japanese manga series of the same name written and illustrated by Gege Akutami. It will be produced by MAPPA  and will premiere on MBS and TBS’s Super Animeism in October 2020. 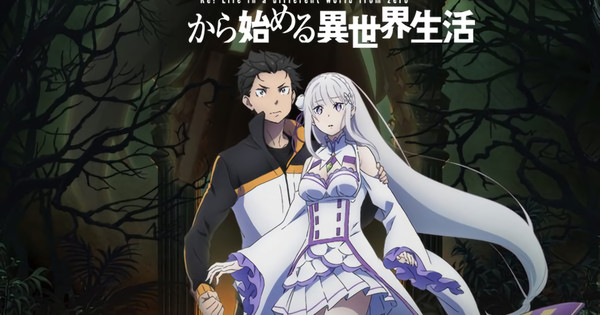 Re: Zero kara Hajimeru Isekai Seikatsu is an anime adaptation of a light novel series written by Tappei Nagatsuki an illustrated by Shinichirou Otsuka. On March 23, 2019, it was announced that a second season is in production. The cast and staff will reprise their roles for the second season. It was scheduled to premiere in April 2020 but was delayed to July 2020 due to production complications caused by the COVID-19 pandemic.

Evangelion: 3.0+1.0 Thrice Upon a Time is an upcoming Japanese animated science fiction film written and chief directed by Hideaki Anno and produced by Studio Khara. It is the fourth and final film in the Rebuild of Evangelion tetralogy, based on the anime series Neon Genesis Evangelion.
It was originally scheduled for release on June 27, 2020, but has been delayed due to concerns over the COVID-19 pandemic.

Sword Art Online is an anime television series based on the light novel series of the same title written by Reki Kawahara and illustrated by abec. 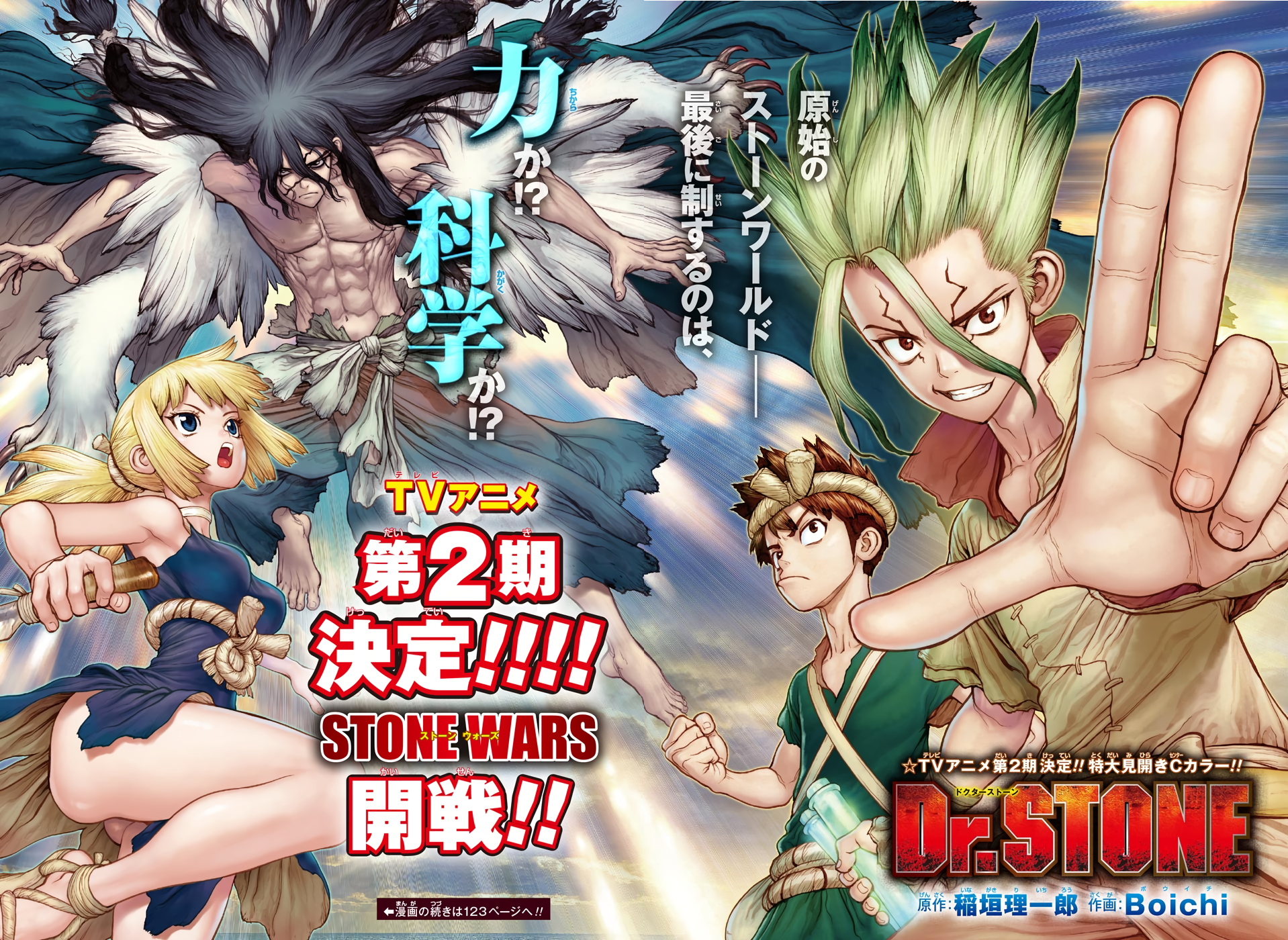 Dr. Stone anime series is based on the manga of the same name written by Riichiro Inagaki, illustrated by Boichi, and published in Shueisha’s Weekly Shōnen Jump magazine.
The second season will focus on the story of the “Stone Wars” arc from the manga series. 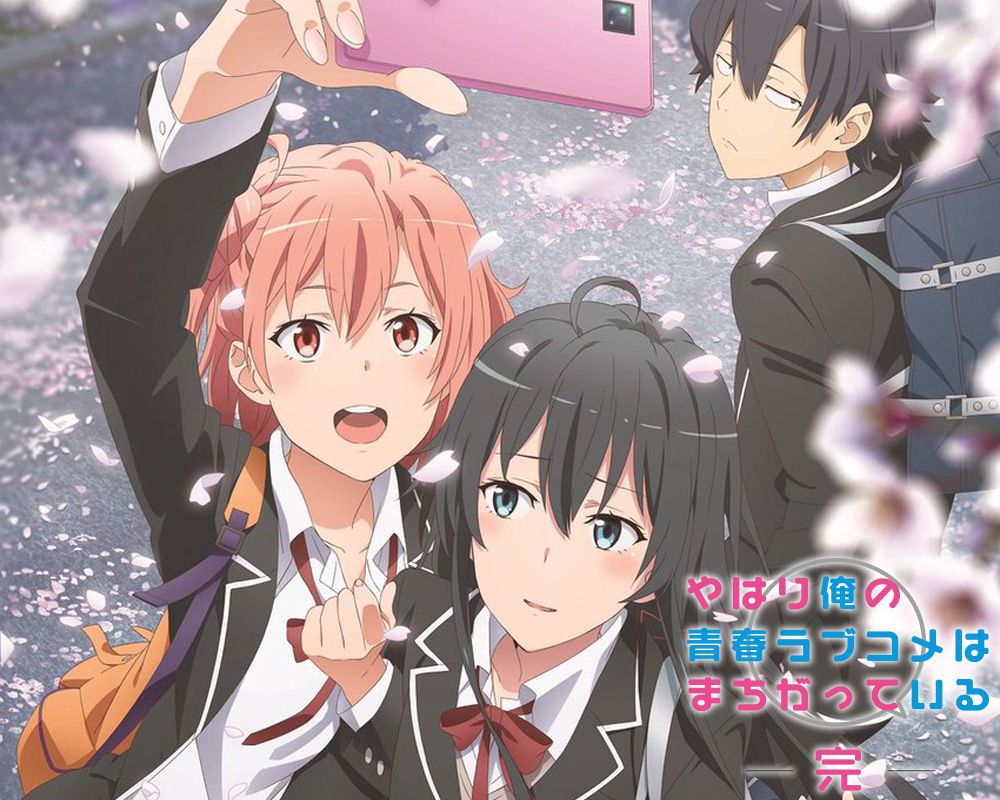 My Teen Romantic Comedy SNAFU is a comedy, slice of life Japanese anime series based on the light novels written by Wataru Watari.
It was set to premiere on April 9, 2020, before the series was delayed due to the COVID-19 pandemic. On May 6, 2020 it was announced that the third season will broadcast in July 2020 based on a “trial and error” production process that accounts for the safety of the production staff.

The Promised Neverland anime series is based on the manga series of the same title, written by Kaiu Shirai and illustrated by Posuka Demizu.
The first season premiered on January 11, 2019, and ran for 12 episodes.
The second season was originally announced to premiere in October 2020, but due to the COVID-19 pandemic, it was postponed to January 2021.

Boku no Hero Academia anime series is based on the manga of the same name written and illustrated by Kohei Horikoshi.
A fifth season was announced in the 18th issue of Weekly Shōnen Jump magazine in April 2020, and at the end of the final episode of season 4.
Air Date: ?
Studio: Bones
Source: Manga
Genres: Action, Comedy, Super Power, School, Shounen
External Links: Official Site, AnimeDB, Wikipedia