On June 10, Variety and Deadline reported that Amazon is developing an English-language live-action series adaptation of the popular Japanese manga series, “The Promised Neverland” written by Kaiu Shirai and illustrated by Posuka Demizu. 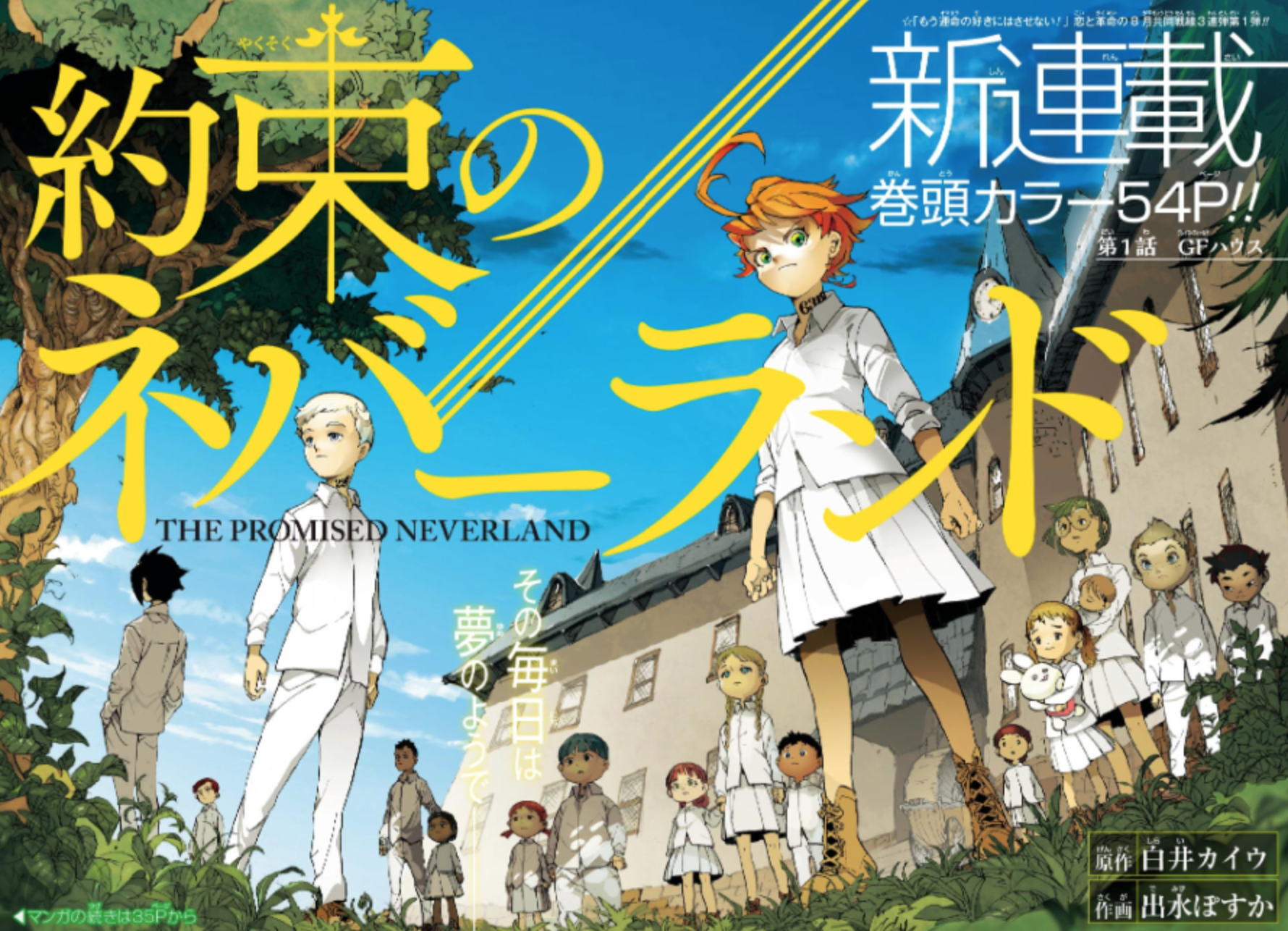 Rodney Rothman (Spider-Man: Into The Spiderverse) will be directing the adaptation, and Meghan Malloy (Spider-Man: Into the Spiderverse) will be writing the pilot. Rothman is an executive producer with Masi Oka (Heroes, Netflix‘s live-action Death Note film, Hollywood Attack on Titan film), and Vertigo Entertainment‘s Roy Lee and Miri Yoon. Fox 21 Television Studios and Amazon Studios are jointly producing the adaptation.

A Japanese live-action film adaptation of the manga is also set to release in Japan on December 18, 2020.

Shueisha‘s Weekly Shonen Jump magazine teased in May that it is planning a “special project” for the upcoming ending of the manga, which the magazine teased will end “soon.”

Shirai and Demizu launched The Promised Neverland manga in Shueisha‘s Weekly Shonen Jump magazine in August 2016, and the series has entered its final arc as of September 2018. Shirai had stated in an interview in August 2018 that Shirai would like the story to “not extend too much” in accordance with the story’s editor, adding that the length of the manga should be “ideally 20 to 30 volumes long.” The magazine teased last August that the manga had entered the “climax” of the final arc.

An anime adaptation premiered in January 2019. Aniplex of America streamed the anime on Crunchyroll, Hulu, Funimation, and HIDIVE as it aired. Toonami began airing the anime in April 2019. A second season of the anime was scheduled to premiere in October but is delayed to January 2021 due to the effect of the new coronavirus disease (COVID-19) on the production.