The official website for the anime film of Io Sakisaka‘s Love Me, Love Me Not (Omoi, Omoware, Furi, Furare) manga posted a music video for the film’s theme song “Gravity” by BUMP OF CHICKEN. The video features footage of the film set to the full version of the song. 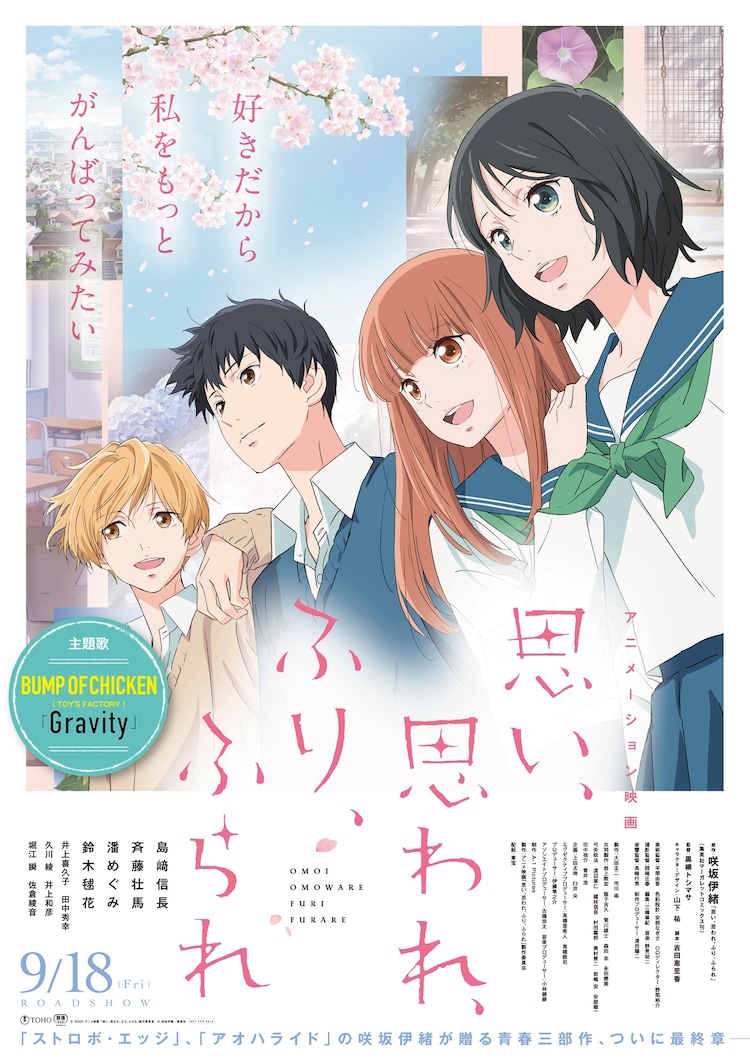 The film will open in Japan on Friday. The film was previously slated for May 29, but TOHO and the film’s production committee delayed the film’s opening due to the spread of the new coronavirus disease (COVID-19).

The four main cast members of the live-action version will also have cameo roles in the film.

Toshimasa Kuroyanagi (The Great Passage, Say, “I Love You”., Shōnen Hollywood – Holly Stage for 49) is directing the film at A-1 Pictures. Erika Yoshida (Trickster, Namu Amida Butsu! -Rendai Utena-) is penning the script. Yuu Yamashita (Bunny Drop) is designing the characters. Yuuji Nomi (Whisper of the Heart, Say, “I Love You”.) is composing the music.

Sakisaka (Strobe Edge, Blue Spring Ride) launched the manga in Shueisha‘s Bessatsu Margaret in June 2015, and ended it in May 2019. Shueisha published the manga’s 12th and final compiled book volume in June 2019.

Mon Sep 14 , 2020
The official website for the theatrical anime based on Tite Kubo‘s BURN THE WITCH one-shot and serialized manga began streaming a new promotional video for the anime. The video previews NiL‘s theme song “Blowing.” This year’s 41st issue of Shueisha‘s Weekly Shonen Jump magazine also revealed on Monday that theatres screening the anime will […]