The Designs of Characters appearing in the TV anime “Jujutsu Kaisen” (呪術廻戦) based on the manga of the same name written and illustrated by Gege Akutamia has been released.
This time, the Character Designs of the four main characters:  Itadori Yūji, Fushiguro Megumi, Gojō Satoru, and Kugisaki Nobara have appeared.

Itadori Yūji (虎杖 悠仁)
Voiced by: Junya Enoki
A 15-year-old athlete who joins his school’s Occult Club to avoid the track team. After finding and opening a box containing a cursed charm resembling a rotting finger, his school is attacked by phantom-like creatures known as Curses. In order to protect his friends, he consumes the rotting finger and becomes possessed by a Curse known as Ryoumen Sukuna. He later joins the Tokyo Metropolitan Magic Technical College under the tutelage of Satoru Gojō, where he is placed under a sort of death sentence, which has been suspended until he consumes all of Sukuna’s fingers in order to kill himself and Sukuna at the same time. 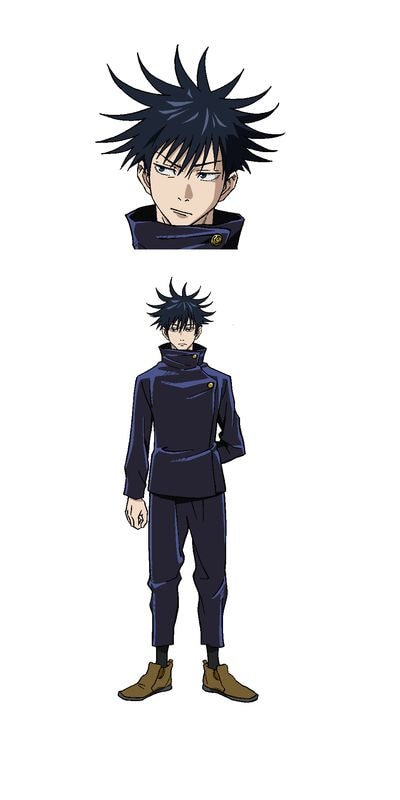 Fushiguro Megumi(伏黒 恵)
Voiced by: Yuma Uchida
A sorcerer studying in the first year at the Tokyo Metropolitan Magic Technical College under the tutelage of Satoru Gojou. He meets Yūji when trying to locate a high-grade cursed charm talisman at his high school. He is the one that convinces Satoru to try to save Yūji from his execution after his possession by Sukuna. He uses his curse power to create spirits (式神, Shikigami) out of his own shadows to exorcise Curses. He has been noted to have high potential as a sorcerer by several other powerful people, including Sukuna himself.

Gojō Satoru (五条 悟)
Voiced by: Yuichi Nakamura
A sorcerer working as a teacher in the Tokyo Metropolitan Magic Technical College. He teaches Yūji Itadori, Megumi Fushiguro, and Nobara Kugisaki. He convinces his superiors at the college to keep Yūji alive until he consumes all of Sukuna’s fingers. Even though his title of ‘The Strongest’ is self-proclaimed, most allies and enemies alike never actually dispute the title and generally consider him to be one of the most dangerous people alive. As a result, he is widely respected and venerated by sorcerers, even by those in the college’s sister school in Kyoto, and holds high influence in the sorcery world. He uses his curse power to control the space around him in innumerable ways.

Kugisaki Nobara (釘崎野 薔薇)
Voiced by: Asami Seto
A sorcerer studying in the first year at the Tokyo Metropolitan Magic Technical College under the tutelage of Satoru Gojou. She transferred to college so that she could live in Tokyo without any expenses. She meets Yūji Itadori and Megumi Fushiguro during her first official mission as a sorcerer. She uses a charm weapon hammer and nails infused with her curse power to exorcise Curses.

“Jujutsu Kaisen” is a dark fantasy manga depicting a high school student, Itadori Yūji, who entered the world of Magic battle. Serialized in Weekly Shonen Jump (Shueisha)  since March 5, 2018, the latest 11th volume will be released on June 4.