On July 19, the Twitter account for the Hanyō no Yashahime (Yashahime: Princess Half-Demon) anime spinoff of Rumiko Takahashi‘s Inuyasha series revealed the full-colour character designs for the series’ protagonist Moroha. 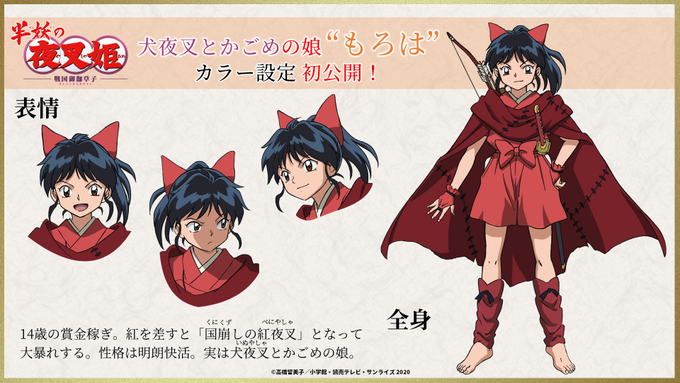 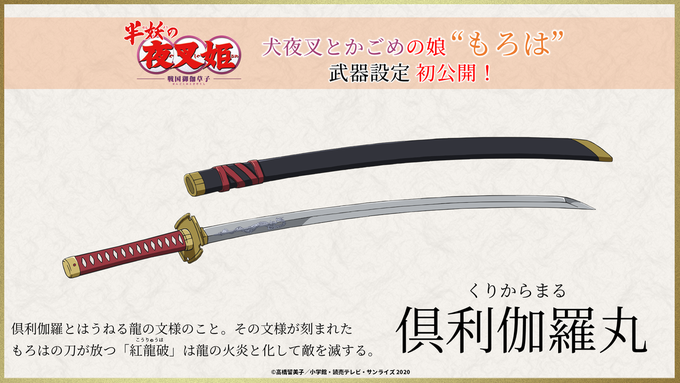 The spinoff series will air on the YTV/NTV network on Saturdays at 5:30 p.m. JST this fall.

The daughters of Sesshomaru and Inuyasha set out on a journey transcending time!In Feudal Japan, Half-Demon twins Towa and Setsuna are separated from each other during a forest fire. While desperately searching for her younger sister, Towa wanders into a mysterious tunnel that sends her into present-day Japan, where she is found and raised by Kagome Higurashi’s brother, Sota, and his family.

Ten years later, the tunnel that connects the two eras has reopened, allowing Towa to be reunited with Setsuna, who is now a Demon Slayer working for Kohaku. But to Towa’s shock, Setsuna appears to have lost all memories of her older sister.

Joined by Moroha, the daughter of Inuyasha and Kagome, the three young women travel between the two eras on an adventure to regain their missing past.

Takahashi launched the original manga in Weekly Shonen Sunday in 1996 and ended it in 2008.

The franchise has also recently inspired a smartphone game and a stage play.

Mon Jul 20 , 2020
Momokuri Mikan‘s Gunjō ni Siren (Ultramarine Siren) manga on Shueisha’s Shonen Jump+ app and website revealed that the manga will end it’s serialization with the next chapter on August 3. ♦ Synopsis The manga centers on the cousins Shūji and Sora. Shūji once quit playing baseball because of Sora, and […]