The video also previews the opening theme song and the character voices as the video’s narrators.

It is set in Tokyo’s Ikebukuro ward, in the eponymous “Ikebukuro West Gate Park”, where crime and gang fight frequently happens.

The series revolves around 20-year-old Makoto, known as “Troubleshooter of Ikebukuro”, who frequently gets involved in highly dangerous situations, usually against his own judgment. Along for the ride are his best buddies Shun, Masa, and Takashi, the enigmatic leader of a local gang in Ikebukuro.

The anime’s premiere has been delayed to October due to the effects of the new coronavirus disease (COVID-19) on the production. The anime was previously scheduled to premiere in July.

“Wandering Witch: The Journey of Elaina” Anime Airs on October 2!

Fri Sep 4 , 2020
The TV anime “Wandering Witch: The Journey of Elaina” (魔女の旅々) is confirmed to premiere on 2nd October 2020. A new visual and PV that previews the opening song “Literacy” (リテラチュア) by voice actress Reina Ueda are revealed. ▍3rd PV ▍Synopsis Once upon a time, there was a witch named Elaina, who set […] 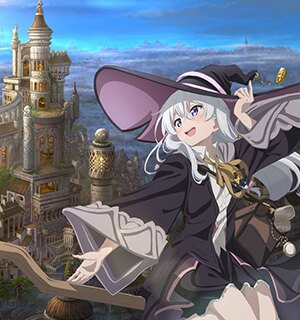