Each new weekly episode will centre on one of the works, with a “regular version” airing late-night on Tokyo MX, and the “deluxe ♡ version” streaming with adult scenes.

The 12 works included in the anime (in episode order) include:

Each of the novels is available from Eternity Books, and each also has a manga adaptation available.

'Gintama: The Final' Anime Film Is Based on Manga's Finale

Thu Aug 20 , 2020
On Thursday, Aug 20 the official website for Gintama The Final, the new anime film of Hideaki Sorachi‘s Gintama manga, unveiled a new visual for the film. Sorachi drew the visual for the film, with 34 characters and a tagline that reads “Bye bye, Gin-san.” The site also confirmed that the film will be based […] 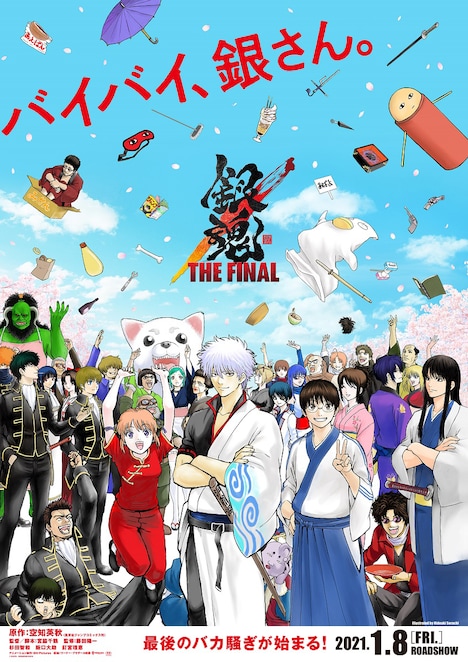